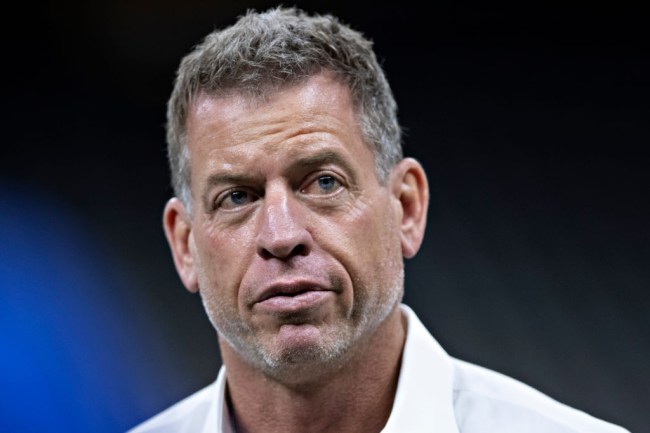 Patrick Mahomes has only been in the NFL for three seasons but it didn’t take him long to establish himself as an absolute force to be reckoned with, and after taking home the MVP trophy last year, he seems poised to add another one to his collection based on how he’s been playing.

Over the course of the first three weeks, Mahomes has averaged a staggering 398.3 yards per game and leads the league in touchdown passes all without throwing a single interception, which is certainly no small feat.

Sure, he might be young, but it hasn’t taken very long for some people to start comparing him to some of the all-time greats—including a Dallas Cowboys legend.

On Monday, The Athletic highlighted just how really, really, really, ridiculously good the quarterback has been when it compared his stat line to that of Troy Aikman, a guy who achieved a thing or two over the course of his career.

ICYMI: "Patrick Mahomes has thrown 36% of Troy Aikman's career touchdowns, in about 8% of the games" https://t.co/VAJmRm9gmT

However, as Aikman was quick to note, there’s one thing Mahomes doesn’t have yet: a Super Bowl ring.

iCYMI: Talk to me when when he has 33% of my Super Bowl Titles https://t.co/Ba8kjPRnDs

However, it appears Aikman didn’t mean to throw as much shade as he did, as he tried to clarify his comments while speaking with KTCK, where he said the game has changed too much since he was playing to draw any parallels:

“You can’t compare anything that’s happening in today’s game to any other era.

He’s been phenomenal. Great kid, love everything about him. I just don’t like when we start trying to look at numbers and saying ‘this is why this guy’s greater than this particular player, this former player,’ whatever it is. It just doesn’t make any sense.”