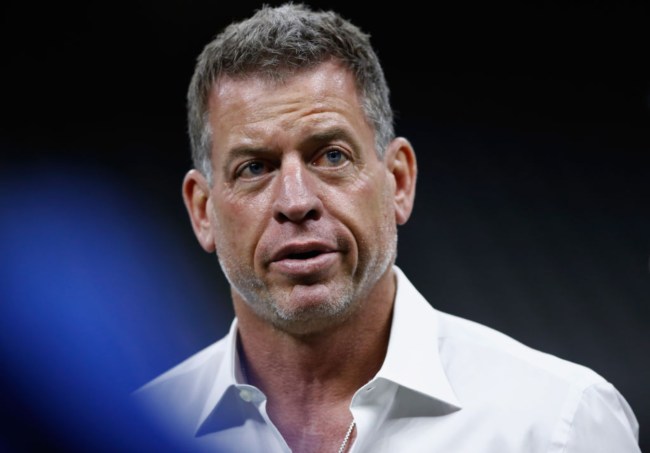 The news of Tom Brady joining the Fox Sports NFL family when he decides to retire from the NFL broke on Monday. Troy Aikman, alongside broadcast partner Joe Buck, left Fox for ESPN over two months ago, but the former Dallas Cowboys quarterback played a role in Fox’s pursuit of Brady.

Andrew Marchand and John Ourand – of the New York Post and Sports Business Journal – shared details about Brady’s new deal on their podcast, but it was Ourand’s report about Aikman that put things into perspective.

“As soon as he started to make those entreaties, it wasn’t just that Tom Brady was on a list. They started talking to him. Tom Brady was deciding between going back and playing football, or going to Fox.”

Aikman was being linked to ESPN in February and was open about the fact that this past season could be his last in the booth for Fox. Amazon was also reportedly in discussions with Aikman for him to be its lead NFL analyst.

The former Cowboys QB was the first to leave Fox for ESPN, but Buck followed rather quickly as the two will call Monday Night Football for the worldwide leader.

The consensus was that when Buck and Aikman left Fox, the network could be in trouble in the broadcast department. While we’ve never seen or heard Brady in the booth, it’s a safe bet he will turn into a star in that area of the game just like he is on the field.