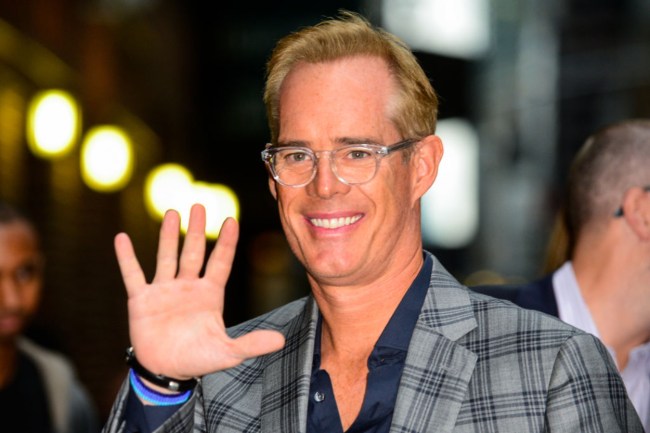 While trades involving actual NFL players typically dominate headlines during the offseason, one of this year’s biggest deals didn’t actually involve any players at all. ESPN’s acquisition of announcer Joe Buck is a big deal, literally, and ESPN had to pay more than just his salary to land the broadcaster.

Buck is set to call ‘Monday Night Football’ games for the worldwide leader beginning this season, next to his longtime partner Troy Aikman, but Buck actually had one more year left on his contract at FOX. With that being the case, ESPN had to sweeten the deal just a little bit.

According to Sports Business Journal, ESPN traded a Big Ten football game in return for Buck exiting his contract a year early.

“This season, Fox will have the rights to carry an opening week game in prime time — an opportunity that the network believes will bring in millions of extra ad sales dollars for the network.”

The Big Ten game in question is a Sept. 1 Thursday night tilt between Penn State and Purdue.

Aikman was the first of the two to make the jump from FOX to ESPN this offseason before Buck followed. Buck’s new contract is reportedly a five-year deal between $60-$75 million. He was set to make $11 million this upcoming season on his previous contract with FOX.