Tua Tagovailoa’s Agent Gives Update On His Recovery, Reveals When He Should Be Throwing Again 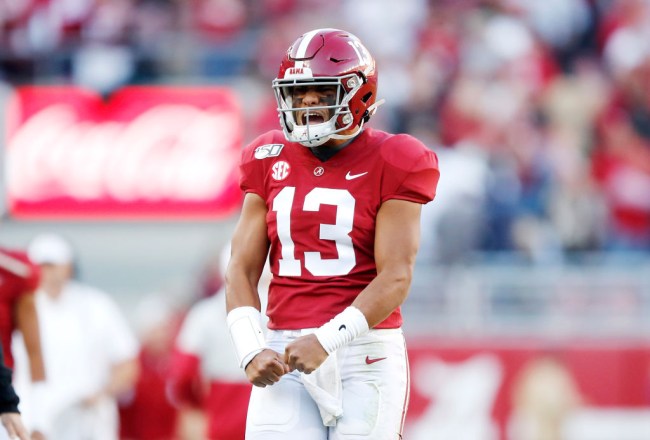 Since suffering a rather gruesome hip injury on Nov. 16 against Mississippi State, Tua Tagovailoa and his team haven’t spoken too much about the recovery process post-surgery, but that change on Tuesday when his agent gave a positive update on the soon to be NFL quarterback.

Leigh Steinberg, the agent Tagovailoa hired just last week, spoke with AL.com and said that the former Alabama man is expected to be ready to throw by April.

Tagovailoa is expected to hold about a 40-minute session in which he makes 60-80 throws in front of scouts.

If Tagovailoa is ready, that session could happen at Alabama’s pro day in March. If not, he could hold a separate pro day closer to the draft, which begins April 23 in Las Vegas.

“The [intention] there is the ball never touches the ground and I think he’s gonna blow away teams in that process,” Steinberg said.

Tagovailoa has battled the injury bug throughout his career but is still expected to be a top-five pick in this year’s NFL Draft. Most mock drafts have the Miami Dolphins taking him with the fifth overall pick.

As for what Tagovailoa has on his plate for the immediate future, Steinberg stated that he’s just been resting and rehabbing but will be at the Super Bowl alongside Alabama and Steinberg client Jerry Jeudy meeting with owners, coaches, and general managers.

Tagovailoa will not participate in the NFL combine on Feb. 25th as he’ll still be recovering from his injury at that point.