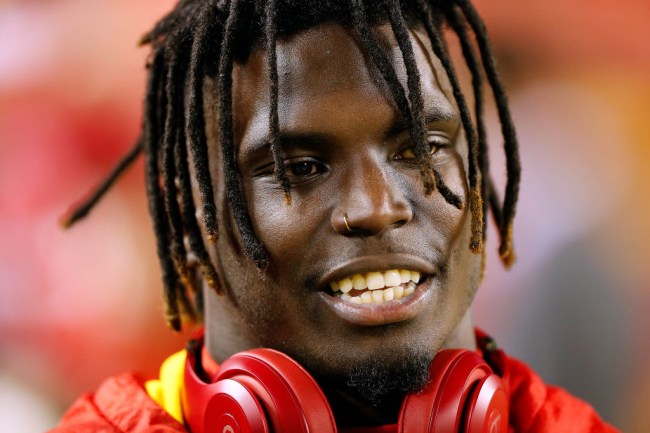 In a perfect world, Tyreek Hill never would have been allowed to play in the NFL after he was convicted of beating his pregnant girlfriend while playing for Oklahoma State. Unfortunately, the world is far from perfect and the Kansas City Chiefs threw morality to the wind when they drafted him back in 2016.

Since then, Hill has emerged as one of the more dominant receivers in the NFL and all but managed to make people forget he’s an objectively terrible person. However, that all changed last month when police opened an investigation after his three-year-old son ended up with a broken arm following what appeared to be a domestic incident.

When everything was said and done, law enforcement was unable to gather enough evidence to implicate Hill or his fianceé Crystal Espinal, and earlier this week, the district attorney overseeing the case announced he was declining to press charges.

On Thursday, things took a very interesting turn when a news outlet got its hand on a recording made by Espinal while she and Hill were discussing what happened.

We'll have much more audio on our 10PM newscast tonight.

On Friday, Chiefs coach Andy Reid addressed the media during a press conference introducing draft pick Frank Clark and revealed the district attorney has decided to reopen the case in light of the release of the recording.

Reid also said the team’s stance on the situation hasn’t changed and that they were sticking by the statement they released on Thursday.

Everyone is innocent until proven guilty but I’ve already made up my mind based on the evidence at hand. I can only hope justice will be served.