Your Ultimate DFS Guide To The Rocket Mortgage Classic 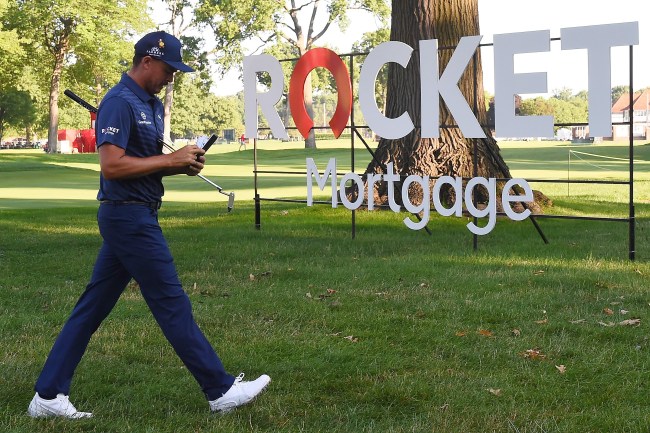 Welcome to part 2 of our Rocket Mortgage preview, where today we take a look at players I have the most interest in using in DK tournaments. In these articles, I am going to pick two players that I am the most interested in using, from three different tiers. $9,000 and up, $7500-$8900, and under $7500.

We are starting to get a sample size of who is playing well at the moment, so we can start gradually looking at recent form as an indicator of who to pick, not just long term stats.

There’s only one year of tournament history here, so the stats to look for are not as clear cut as some of the other tournaments we have previewed, but after looking over the course, I’ve identified a few key things to look for.

Bryson is probably going to be the highest owned player in the field this week, and for good reason. He’s been playing out of his mind, and is the clear cut favorite to win this tournament. He’s priced accordingly, but I am having a hard time fading him this week. He checks all the boxes I am looking for in stats this week, ranking 2nd overall in my model.

Hatton comes in ranked first in my model, buoyed by the fact that he came in third in the last tournament he played in, and won his previous one in March. It’s going to be damn near impossible to get him and Bryson in the same lineup, so he’s a good leverage play off Bryson if you want to go against the grain.

Varner’s been playing reasonably well since the PGA Tour returned. With a 32nd and 19th place showing, sandwiching a missed cut, he’s very reasonably priced, and gaining strokes on the key stats we are looking at this week. He ranks 4th in my model, so I think he’s a very strong play.

Van Rooyen got hot last week, gaining 5.8 strokes on the field, and finishing 21st at the RBC Heritage. At only $8,000 it’s pretty easy to get him in your lineup with someone like Hatton or Bryson. EVR is a pretty consistent golfer, and can generally be relied upon to make the cut, so I like him at this price.

Hoge’s stats have him as an elite player in this field, coming in my model at 15th, but only at $7,000. He’s well above average in par 4 scoring as well as strokes gained tee to green and approach. If he can putt well, he can be a dark horse to place highly this week.

Our cheap flier this week is Cameron Percy. He’s also very good tee to green and on approach, he’s just not a very strong birdie maker. He’s not going to win this tournament, but he is a grinder, and should have a solid shot at making the cut, and giving us 4 rounds of scoring, which at only $6,500 is more than enough to pay off his salary.