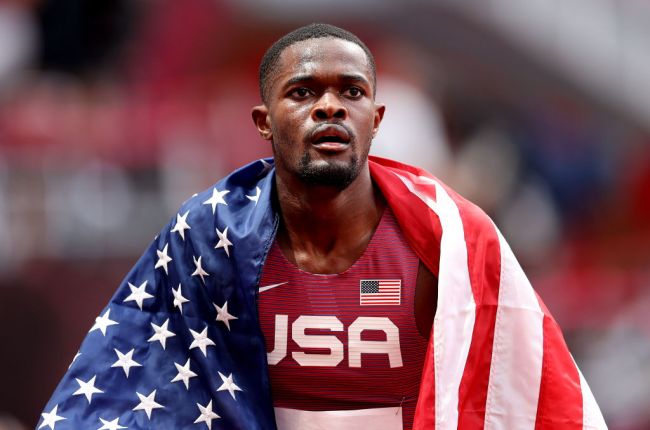 United States hurdler Rai Benjamin earned the silver medal in the men’s 400-meter hurdles which turned out to be one of the most incredible races in Olympic history.

The ending of the race was pure insanity. Benjamin stuck with Warholm through the final two hurdles, it even looked like he was going to overtake him, but Warholm pulled away during the final stretch to claim gold.

After the race, the moment sunk in for Benjamin while reacting to a replay of his family watching the race back home. The 24-year-old began to cry before looking into the camera to tell his mom that he loved her. Benjamin also apologized in what was a gutwrenching interview.

Benjamin has absolutely nothing to apologize for, of course. He went out and broke a world record, but it was also Warholm’s day to break records as well.