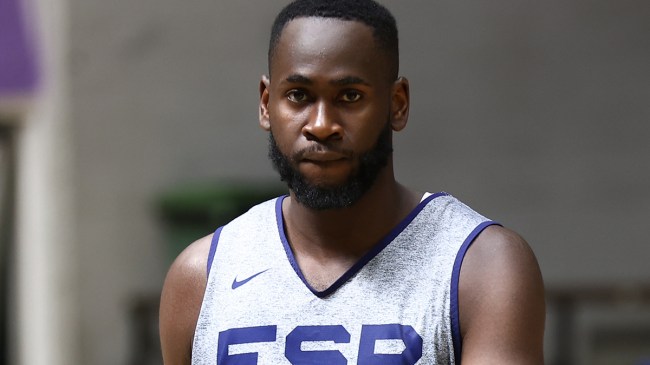 In 2008, the Boston Celtics appeared to suffer a brutal loss when Paul Pierce was taken off the court in a wheelchair after collapsing to the ground in the third quarter of Game One of the NBA Finals against the Lakers.

However, it didn’t take long for the guard to treat fans to an incredibly dramatic spectacle when he was able to jog back to the bench under his own power before returning to the game and playing an instrumental role in the victory that would help the franchise secure its first championship since 1986.

For more than a decade, it was hard to talk about Pierce’s legacy without mentioning that iconic moment. However, things took a very interesting twist in 2019 when he revealed the only thing he’d really injured during that game was his pride after admitting he used the wheelchair as a prop to conceal the actual reason he had to leave the game: he pooped himself (a claim he’s since attempted to walk back to no avail).

In 2020, James Harden appeared to fall victim to a similar fate during a game against the Celtics, and now, plenty of basketball fans are convinced a new member has joined that unenviable club in the form of Usman Garuba.

Garuba is currently playing for Spain in the FIBA World Cup, and on Saturday, he posted 10 points, six rebounds, and (most notably) a +23 point differential in his team’s 86-64 victory over the Netherlands.

However, his performance was overshadowed by a viral photo that showed Garuba sporting a fairly suspicious stain on the back of his shorts.

Now, there’s no telling what led to the stain in question; for all we know, someone could’ve left a Snickers bar on the bench that Garuba failed to notice before sitting down.

With that said, Occam’s razor would suggest the real explanation is the one that plenty of people bought into after the picture started to make the rounds.

Lots of Usman Garuba discourse going on. I just want to say that he literally played his ass off. Left it all on the floor. Gave his all until he had absolutely nothing left to give. Tank was empty, but he kept pushing. That’s what you need on your team. A guy that gives a shit.

I have an idea. Usman Garuba needs to capitalize on this endorsement opportunity. He can still turn this shit around. pic.twitter.com/bz7AElhaqx

Garuba is more of a man than Paul pierce ever was. pic.twitter.com/pW29mhjuJY