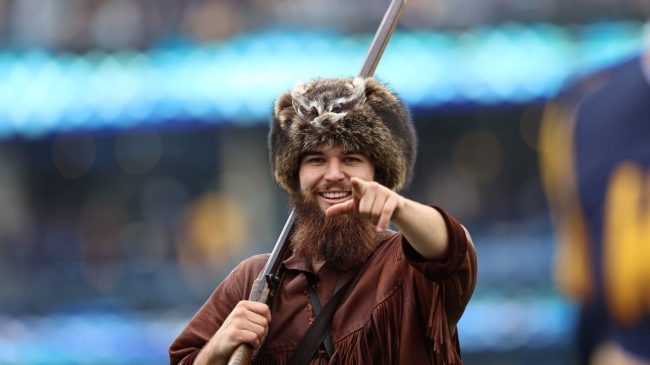 The West Virginia Mountaineers have one of college sports’ best traditions.

It’s something that West Virginians take pride in, so when the origin of the song is questioned, you can expect Mountaineers to get up in arms.

Any time there’s a chance to take a jab at one of your college’s closest foes, fans typically do it. Long decided to share a few key details about Denver’s lyrics that point to the song actually being about the western portion of the state of Virginia as opposed to its neighbor to the west.

Denver speaks on the Blue Ridge Mountains and the Shenandoah River, both of which run through Virginia, not West Virginia.

Long’s skepticism of the song having any ties to the Mountaineers at all drew a ton of buzz on social media.

Fans and media members joined in on the debate, with many taking Long’s side. Check out the hilarious response below.

While the lyrics do note a few landmarks in the commonwealth, in this case, both parties might actually be on the wrong side of the debate.

What’s The True Origin Of The Song?

While West Virginia is the state mentioned in the song, the origin of the title line actually comes from a ride on a two-lane byway in Gaithersburg, Maryland called Clopper Road. And according to one of the song’s co-writers, the “West Virginia” was originally going to be “Massachusetts,” but it didn’t have the right ring.

While the song’s origin may not have a direct tie to West Virginia, it will forever be tied to the Mountaineers. And no matter what Long says, we’d like to keep it that way.