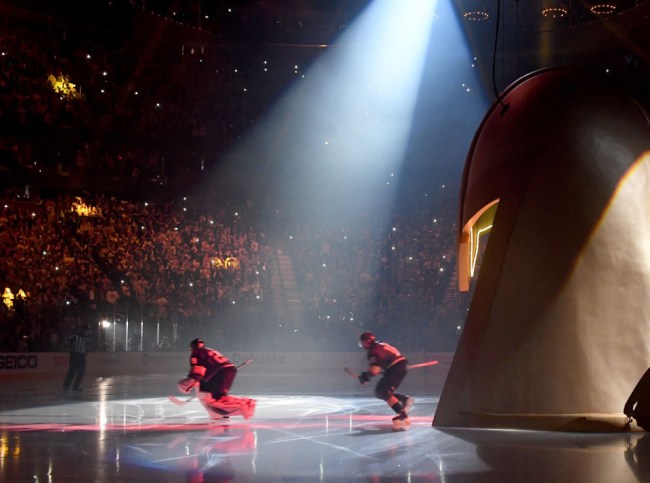 Leave it to the only major professional sports team in Las Vegas, the first-year Golden Knights, to put on a Stanley Cup playoffs pregame ceremony for the ages.

If we ever needed any more reason to excited about the Raiders move to Las Vegas, the fact that the Vegas Golden Knights pulled off a pregame ceremony like we’ve never seen before just gave it to us.

After seeing this, can you imagine what the Raiders will do in their ridiculous new stadium for their first game and/or first NFL playoff appearance in Sin City?

If an NHL team will go to these lengths to hype up their fans before a playoff game, an NFL with the resources like the Raiders could put on a show better than anything we’ve seen during a Super Bowl halftime performance.

Incredible. Every professional sports league should have a team in Las Vegas.

Oh yeah, the Golden Knights also happened to shut out the Los Angeles Kings in game one to boot.