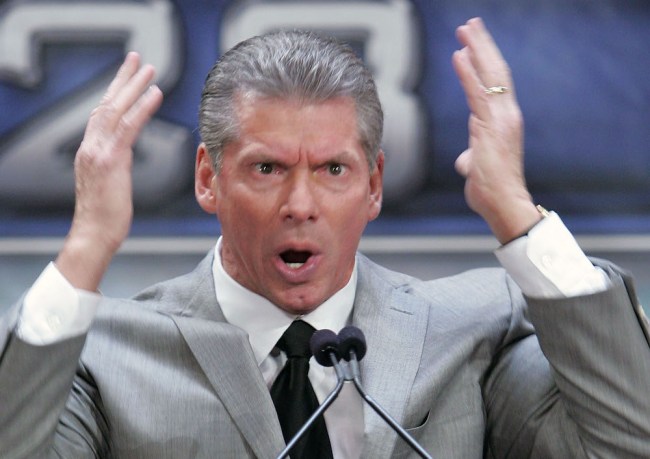 There’s an old expression that the “rich just keep getting richer” – even in times of crisis.

Vince McMahon is a billionaire and a new report shows his wealth only increases during the pandemic.

According to a new report by a consortium of advocacy groups in Connecticut, the head of the WWE saw his personal fortune increase by $177 million over the last three months. McMahon’s new net worth is somewhere around $1.977 billion.

Here’s how the numbers were crunched:

The wealth analysis by the political advocacy groups Americans For Tax Fairness, Health Care for America Now and the Connecticut Citizen Action Group, compares data from Forbes World’s Billionaires List and Forbes real time billionaires estimates between March 18 and June 17 of this year.

Bradley Jacobs, the chairman and CEO of Greenwich-based XPO Logistics, a supply chain management company, increased his wealth by more than 42 percent, the database shows.

McMahon was one of eight Connecticut billionaires who say their fortune bloat during the coronavirus even though the 74-year-old did suffer some setbacks.

The XFL folded after their season was cut short due to the pandemic. The league recently filed for bankruptcy, meaning there’s a chance it could return if the country ever gets out of this mess.

Even before the XFL folded, McMahon was poised to take a $375 million hit to keep the league going for at least three seasons.

The report also includes data on billionaires in all states, including President Donald Trump. Trump’s $2.1 billion fortune is said to have decreased by about 1 percent over those three months.

Overall, the compilation shows a wealth increase of $536 billion for more than 600 U.S. billionaires.