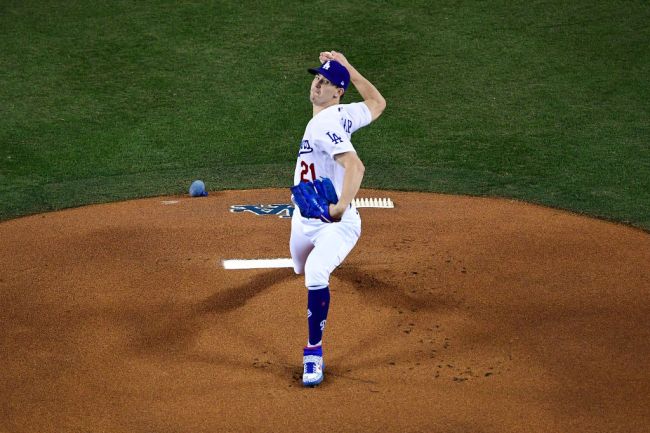 Buehler has been dealing with a blister problem for quite some time now and it limited him to just three starts in September. ESPN made it a point during the broadcast on Wednesday night to focus on the blister itself and even zoom into the nasty sore while he was on the mound.

Broadcaster Eduardo Perez seemed to be under the assumption that Buehler had some sort of illegal substance on his blister and actually read directly from the MLB rulebook essentially accusing Buehler and the Dodgers of cheating.

Eduardo Perez just went full 'Get off my lawn' with the exact rule because Buehler has something for his blister pic.twitter.com/FOfXYPx5fC

“The pitcher may not attach anything to either hand, any finger or either wrist (e.g., Band-Aid,tape, Super Glue, bracelet, etc.). The umpire shall determine if such attachment is indeed a foreign substance for the purpose of Rule 6.02(c)(7), but in no case may the pitcher be allowed to pitch with such attachment to his hand, finger or wrist.”

Nothing came of Buehler’s blister and any substance he may or may not be using on Wednesday night. According to Dodgers Nation, Los Angeles is known to use products like New Skin that acts as a liquid bandage over a cracking blister.

It’s not even in the same stratosphere as the Astros actually cheating, but it’s doubtful that we’ve heard the end of Buehler and the Dodgers possibly cheating by treating a blister.