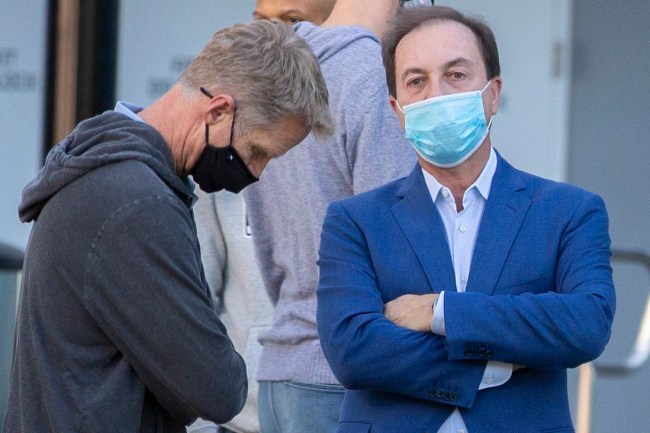 Imagine the emotions of the entire Golden State Warriors’ franchise in the past 72 hours. Not only did the team have high hopes heading into this upcoming NBA season — looking to rebound from a forgettable 2019-20 campaign that saw them finish towards the bottom of the league — but they had the No. 2 overall pick in the NBA Draft and all of their superstars planning on returning from injury.

After guys like Stephen Curry and Klay Thompson missed all or most of last season, the Warriors expected to retool and make a serious run at a championship in 2020-21. Add in that high lottery pick — which ended up being James Wiseman — and there was lots of optimism.

Then, just hours before the draft started, Thompson goes down with what was being reported as a serious leg injury, which ultimately became a torn Achilles, and, boom, the air just got sucked out of the room. From hopeful to hopeless, the Dubs now have another season in which their championship aspirations seems bleak. And according to NBA insider Nick Friedell, it’s really impacting the entire franchise.

Appearing on the Keyshawn, JWill & Zubin show Friday morning, the ESPN reporter went as far as saying that the entire Golden State organization was “depressed” after hearing the news about the Klay Thompson injury. The fact that the sharpshooter will be out an entire year again after missing last season recovering from a torn ACL has left them gutted; which is more than understandable.

“Everybody is just depressed.

“They were so excited leading into the draft, the fact that Wiseman was at number, he was their number 1, they were really looking forward to see Steph, Klay and Draymond and plug in Wiseman and seeing what we can give them.”

“He is the guy behind the scenes with all the star power in the locker room that sets the tone for everybody else. That’s why Kerr and all those players love. so to know that he will be out again for another year was just crushing for everybody involved.”

After a string of five-straight seasons reaching the NBA Finals (winning three titles during the timeframe), the championship window for the Warriors seems to slowly be closing. While the team did just add a potential star in Wiseman, Curry is already 32 years old, former Defensive Player of the Year Draymond Green is currently 30, and, once he returns next season, Klay Thompson will be 31 — and coming off two leg injuries that could derail his career. So it’s understandable as to why everyone close to the franchise feels depressed over the recent events.

We all know life comes at you fast, and, unfortunately for the Golden State Warriors, they’re learning it isn’t always fun. The team went from adding an exciting young star and a future Hall of Famer to its roster before the offseason even really got started, and now they’re stuck looking for answers, knowing they probably don’t have a shot to compete for a title. Sad.

Here’s to hoping the Dubs can recover and at least string together a few more years fully intact next season and beyond, because as much as it was easy to hate this team for winning so much, they’re exciting AF to watch when it’s all clicking. So get yourself back to full strength, Klay!