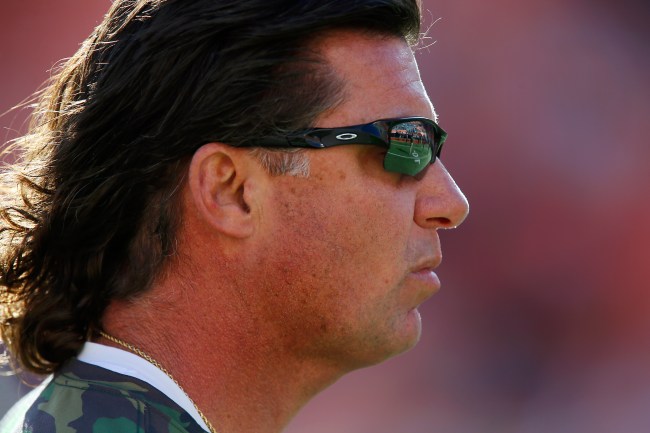 The sky is blue.

The mulleted Baby Boomer who was born and raised in Oklahoma and who recently referred to COVID-19 as the ‘Chinese virus’ harbors insensitive viewpoints.

Mike Gundy is what would happen if a Surge and a Waffle House parking lot made love. He’s the physical manifestation of a gas station hot dog, a sentient stop light engine rev from a raised pickup truck.

When I heard the allegations from a former player claiming that Gundy hurled the n-word several times at opposing players while a QB at Oklahoma State, I was about as surprised as I was to learn Philip Rivers’ wife is pregnant again. No two people on the planet project more whiteness than Gundy and Rivers, albeit both have different methods.

Following the fallout of wearing a shirt that aligns with everything Gundy has ever stood for, the OSU coach enlisted OSU Heisman hopeful running back Chuba Hubbard for a painfully botched “apology” that could hardly be heard over his deafening beaver pellet. 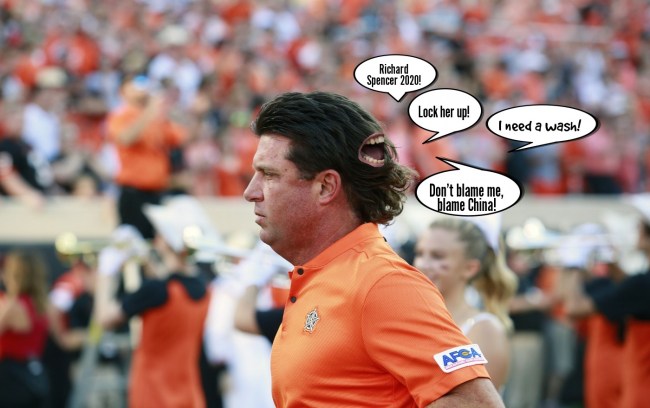 Gundy has released a revised apology for everything you already knew, claiming he was a “dumbass” who “didn’t know some of the stances they [OAN] had taken,” on the Black Lives Matter movement in particular. No word yet from the Academy on whether he’ll receive an Oscar nomination for the role, but being white certainly helps his case. 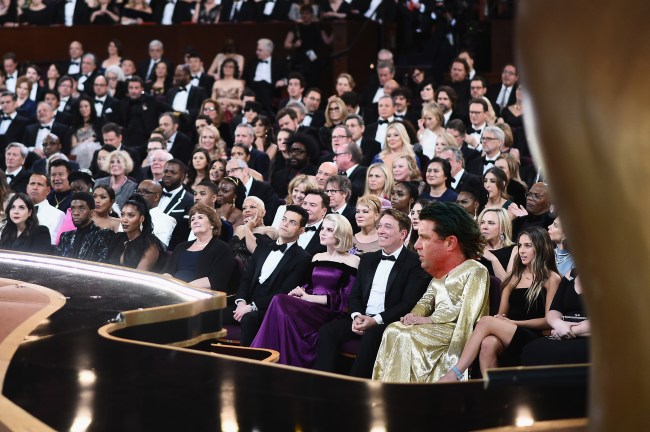 An Oscar would do Gundy wonders right about now, because he’s one tidbit of bad press away from claiming he can’t be racist because he pays his black players too. People don’t forget.