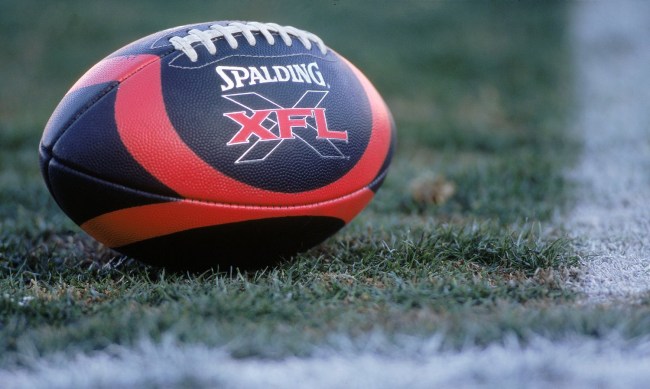 Around the turn of the new millennium, Vince McMahon took a long, hard look at the game of football and thought to himself, “You know what? That’s nowhere near dangerous enough for my liking!”

In 2001, the world was introduced to the XFL, a football league that threatened to turn the sport on its head by doing things like banning fair catches replacing the coin toss with a mad scramble for the ball.

However, you could argue the most groundbreaking move of all was allowing players to put a nickname on their jersey without having to deal with the red tape Ocho Cinco did.

The XFL helped usher in a new era of football— an era that lasted for exactly one season before it faded out of existence.

When you consider how much people keep harping on that whole “player safety” thing, it’s hard to imagine the XFL existing in the current day. However, that didn’t stop Mr. McMahon, who revealed earlier this year that the XFL would rise from the ashes in 2020.

Things got even juicier when there were reports that Johnny Manziel would be the face of the new XFL, and while it’s unclear if that dream will become a reality, we now know where he could potentially end up if he’s looking for a job in 2020.

If not, there’s always Tim Tebow.

Last week, we were treated to the biggest piece of XFL news in a while when an outlet in St. Louis reported the city would be getting a team. Today, that report was confirmed after the league revealed the eight cities who will host games during the inaugural season.