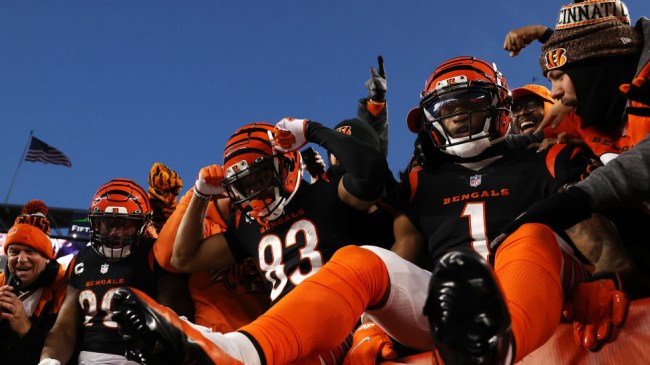 The Cincinnati Bengals landed their first playoff victory in three decades last night with their 26-19 win over the Raiders in the opening game of the Wildcard round. The win marked a monumental accomplishment for the organization as the team finds itself on an upward trajectory with a core of exciting young superstars.

Many of those youngsters weren’t even alive at the time of that last Bengals’ playoff win, including the likes of Joe Burrow, Ja’Maar Chase, and Joe Mixon.

What’s more shocking, those players likely sent out a quick celebratory text to friends and family following the big win. Believe it or not, this is a first in the era of text messaging.

The first text message was sent back on December 3, 1992. The last Cincy playoff win before Saturday night? Nearly two years prior on January 6, 1991.

To put just how long ago that was into perspective, let’s take a quick blast to the past.

And, of course, there was no such thing as text messaging, which is now the most prevalent form of communication in our world today. Things have changed greatly over these last 30 years. The Cincinnati Bengals are finally becoming a part of that change after 30 years of postseason irrelevance.