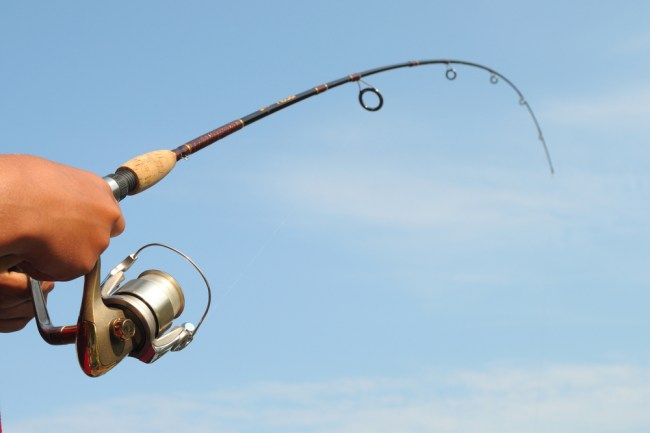 Matt Hendricks and Dustin Byfuglien of the Winnipeg Jets landed a 600-pound river monster (sturgeon) while fishing Canada’s Fraser River. The two NHL stars caught the fish on Tuesday, the day after Winnipeg’s first win of the season.

The two NHL players went out fishing with the ‘Sturgeon Slayers’ fishing charter/guides and caught a legitimate river monster. After fighting the gargantuan sturgeon for about 30 minutes they pulled the fish into the shallows to take some photographs (below) before releasing the massive fish back into the water. The Fraser River is all about catch-and-release fishing when it comes to sturgeon, which is probably a huge factor in why there are so many massive fish in that river. This particular fish was estimated to weigh over 600-pounds, and it measured 9-feet-9-inches in length: 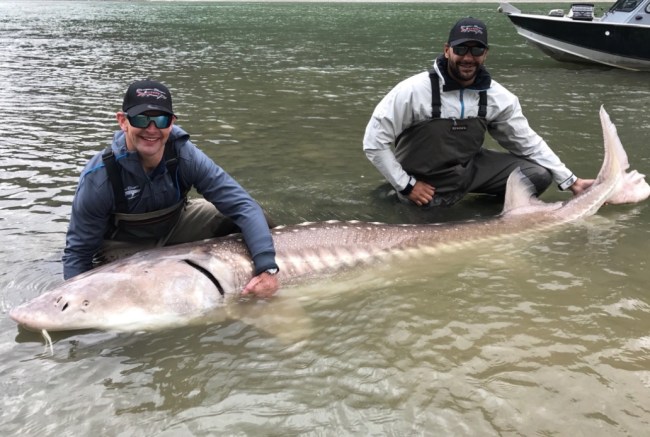 What do the @NHLJets do on a day off? They catch lifetime dinos with us👌 #SturgeonSlayers #CatchRecordRelease pic.twitter.com/8bsP79bXh7

The Fraser River in B.C. has yielded the largest sturgeon on the planet over the past few years. Some memorable sturgeon caught in the Fraser River over the past year or two include this infamous 650-pound ‘pig nose’ sturgeon, as well as this 750-pound fish that took over two hours to reel in and was estimated to be over 100 years old.

I’ve never caught a sturgeon myself. This is a species that’s high on my bucket list of fish to catch in 2018. It seems like November is a hot month for B.C. sturgeon fishing and the Sturgeon Slayers still has some charter dates open. So, if you’re looking to catch a river monster yourself you can check out @SturgeonSlayers on Twitter to book an outing.