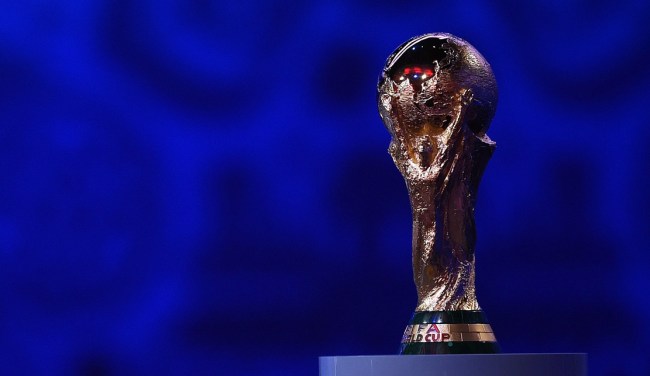 So. Did you hear? America won’t be playing in the 2018 World Cup in Russia thanks to the men’s U.S. soccer team not qualifying. Which begs the question: If the U.S. isn’t playing in the World Cup, does it even really happen? I kid, I kid. Sort of.

Anyhoo, the games are going on without us and the amount of money involved in this year’s World Cup makes the Super Bowl look like a little sandlot game.

We know this because cost information website HowMuch.net, who studies such things, put together a couple of charts that show exactly how insane the amount of money surrounding the World Cup really is.

For instance, take a wild guess what the total amount of prize money will be for the 2018 World Cup? Nope… Too low… Still too low… it’s $400 MILLION! That doesn’t even count the $391 MILLION being paid to various soccer clubs for contributing their employees (aka the players) to the tournament.

The champions of the 2018 World Cup will take home $38 MILLION all by themselves.

By comparison, each player on the Philadelphia Eagles received $112,000 for winning Super Bowl LII. 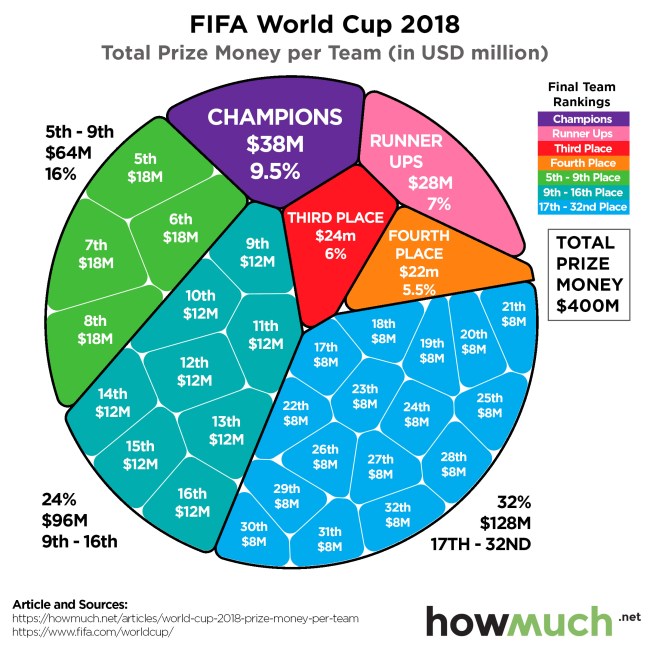 Of course, the prize money should be good considering the salaries that are being raked in by players like Neymar, Harry Kane and Lionel Messi. (Not that they’re getting rich playing for their national teams.)

The top ten most valuable national teams, based on the salaries their players are currently commanding from their regular football clubs are…

That’s right. The French national team’s players are worth $1.1 BILLION, or more than the entire bottom 14 teams combined. If they don’t come away with the the FIFA World Cup trophy this year they shouldn’t be allowed back in the tournament next time. Same goes for Brazil and Spain. (I know only one team can win. Don’t care.) 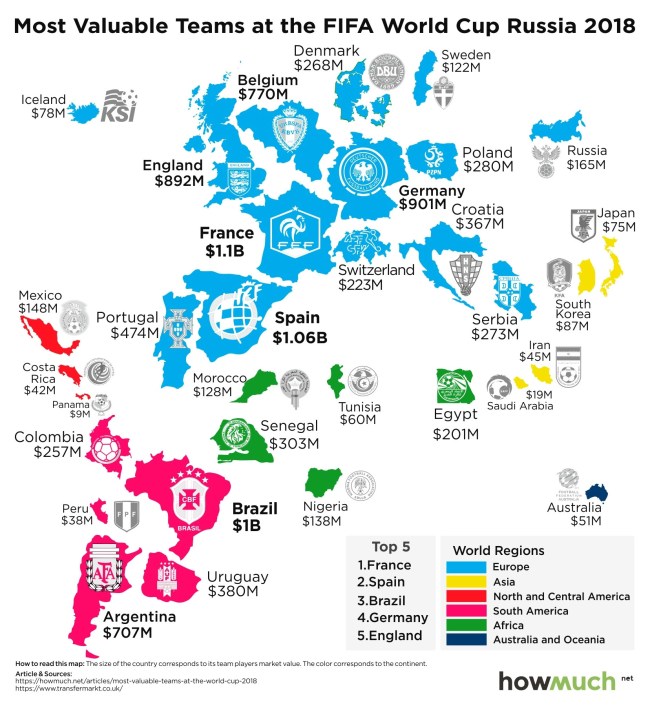