Team Sets World Record By Rowing 3,000 Miles Across The Atlantic In Just 29 Days 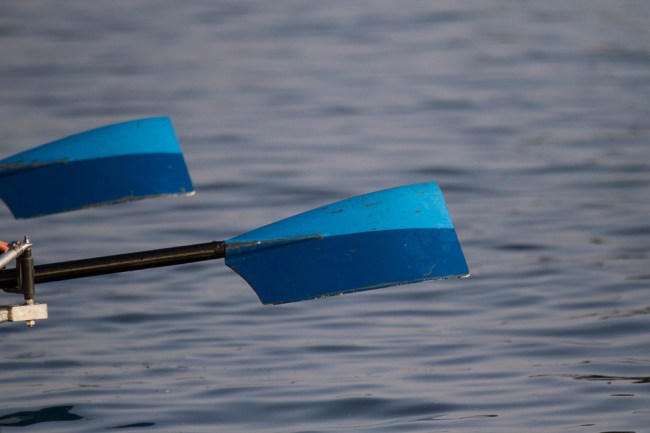 The ‘Four Oarsmen’ set a new world record in the 2017/2018 Talisker Whisky Atlantic Challenge and became the fastest team to row across the Atlantic. The team rowed over 3,000 miles and fought their way through 40-foot waves before arriving in Antigua.

It took them a record 29 days, 14 hours, and 34 minutes to cross from San Sebastian in La Gomera, Canary Islands to Nelson’s Dockyard English Harbour, Antigua & Barbuda. They shaved over 2 days off the existing world record and beat the previous race record by 5 days. Dicky Taylor (32), George Biggar (32), Peter Robinson (32) and Stuart Watts (34) each rowed in shift patterns of two hours on and two hours off until they reached their destination.

Amazingly, the Four Oarsmen weren’t the only ones to break records in this year’s Talisker Whisky Atlantic Challenge. Only 17 hours after the Four Oarsmen rolled into Antigua, Mark Slats aka the ‘Flying Dutchmen’ knocked days off the world record for the fastest solo crossing of the Atlantic. According to Diageo’s race website, Mark averaged 17.5 hours of rowing each day and capsized his boat a miraculous 30 times on his journey.

Over a week later, Oliver Crane set a new world record as the youngest person to ever solo cross the Atlantic with a time of 44 days, 16 hours, and 9 minutes….He arrived in Antigua yesterday to claim his world record after taking off from the Canary Islands 45 days ago:

Oliver Crane crossed the finish line of the @TaliskerWhisky Atlantic Challenge with a time of 44 days, 16 hours and 9 minutes – setting a new world record as the youngest person to row the Atlantic Solo #MondayMotivation https://t.co/QnRyOgFZ69 pic.twitter.com/NHzoZFcp0K

The Talisker Whisky Atlantic Challenge is, without question, one of the craziest endurance competitions in the world. This is an event built for people in perfect shape, sure, but they also need to be a little bit on the ‘screw is loose’ side because they’ll be out at sea for a month in the middle of Winter.

You can learn more about the Talisker Whisky Atlantic Challenge by following that link and visiting the race’s website.