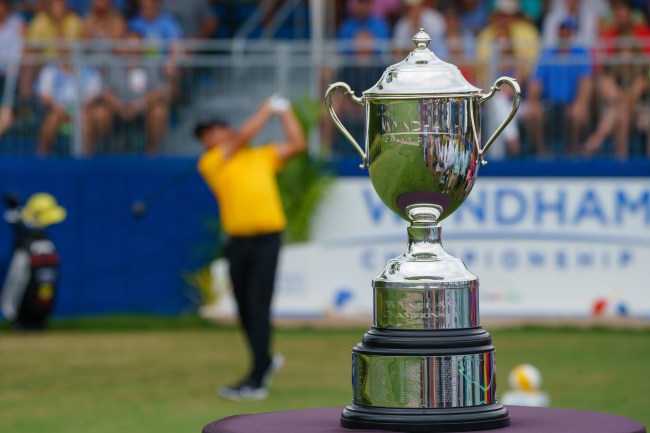 What more can we even say right now?

This week, we head to the Wyndham Championship, a course known for being an absolute birdie fest. The field is week, and the course is easy, so expect to see extremely low scores. Just a few years ago, Brandt Snedeker dropped a round of 59 in his opening round here. Birdies galore!

Looking at past winners here, it’s extremely important to find great tee to green players. Along with that, we want birdie makers, not guys who grind out pars. Past winners here also seem to make up a big amount of strokes on Par 4’s, especially between 400-450 yards.

Below is a refresher on how I am allocating my bets this week, and who I like to take down the Wyndham Championship. 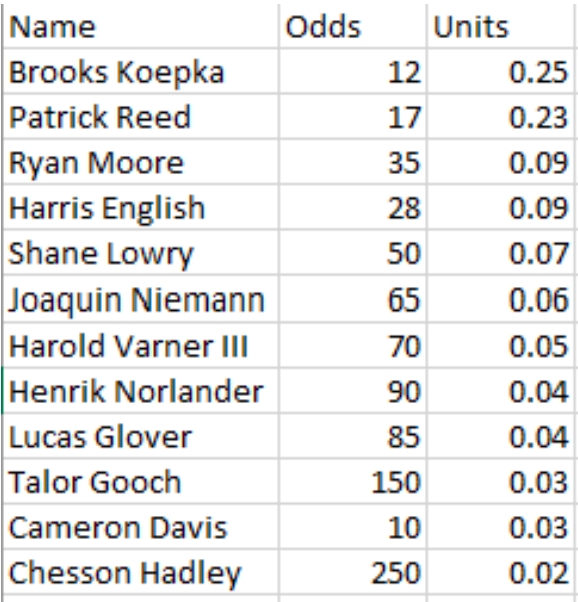 A weak field this week means some of the names will be priced higher than they have in the past.

Koepka is obviously coming in great form, with a second place finish two weeks ago, and was in contention until folding on Sunday. He ranks first in my model, but isn’t the outright favorite. He’s also motivated to do well, as he wants to qualify for the FedEx Playoffs. I love Koepka this week.

Reed ranks third in my model, and also comes in with decent form. A 13th place finish last week at the PGA Championship, and four straight made cuts, with a top ten mixed in at the loaded field at The Memorial. He’s number one in the field in birdies made over the last 50 rounds, so he’s got the ability to get low.

Niemann can be volatile, but he has the ability to light up a course on a given week. He only tends to miss the cut in loaded fields, so he should be able to make the cut and potentially play his way into contention this week. Ranked 5th in my model, he’s elite at both tee to green and approach shots. If he can get hot with the putter, it could be his week.

Moore’s last showing was at the 3M Open, putting together a nice tournament and finishing 12th. He’s an elite birdie maker in this field, and is one of the best Par 4 scorers in this group. He ranks 6th in my model, and is moderately priced.

Norlander is my play of the week. He ranks second in my model, almost unheard of being that high at this price. He’s been playing great recently, makes birdies, and is at worst slightly above average in every single statistic I am looking at. He’s going to be in most if not all my lineups.

The Gooch is very cheap this week, and is another guy who seems a bit underpriced. Another volatile player, but the upside is there with a 17th and 18th place showing 2 of the last 4 weeks. He’s not safe, but he can certainly pay off his price tag.