The XFL Is Going To Work With The CFL? Struggling Leagues Discussing A Partnership 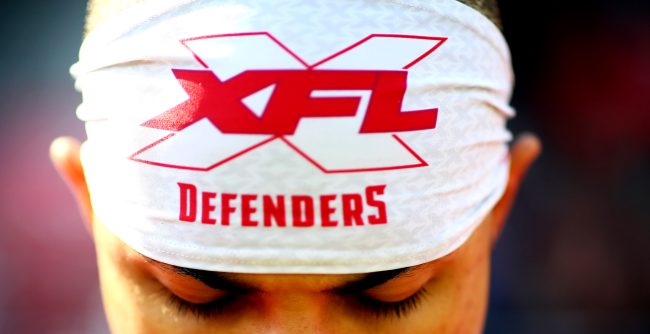 The XFL, now under the ownership of Dwayne “The Rock” Johnson and his partners, ceased its operations back in April after less than half the season was completed due.

The league was under tremendous financial burden when the global pandemic hit and it was more than the XFL could handle as it began its second incarnation.

The Canadian Football League (CFL) faced a similar situation as the XFL in 2020, canceling their season before it even began.

On Wednesday, it was reported that the two struggling professional football leagues, neither of which have conducted their seasons exclusively in the fall, are discussing working together.

“It’s clear through our early conversations that we share a passion for football, an expansive sense of possibility, and a deep desire to create more opportunity for players and fans across North America and around the world,” XFL president and CEO Jeffrey Pollack said in a statement. “Blending the CFL’s rich heritage with our fresh thinking, and the unique reach and experience of our ownership, could be transformative for the game.”

CFL Commissioner Randy Ambrosie also issued a statement with regard to the possible collaboration between the two leagues.

“Canada has an exciting game and devoted fans, and our discussion with the XFL provides a tremendous opportunity to build on that strong foundation,” said Ambrosie. “We look forward to exploring how we might work with one of the most innovative sports brands in the world to grow the game, engage fans in new ways, and reach new audiences. We look forward to seeing what possibilities our discussions might uncover, and to sharing those with our fans as the process unfolds.”

The Rock, as many football fans know, once signed with the Calgary Stampeders of the CFL, and has spoken positively of his time in the Great White North.

While neither league’s representives actually mentioned the word merger, Ambrosie revealed last May that, collectively, CFL teams regularly lose around $20 million per season, and that’s when there isn’t a pandemic.

Testifying before a House of Commons standing committee on finance in Canada, Ambrosie stated, “What we’re looking for is a partnership with government. Our fundamental position is that we are looking for financial support that we want to pay back to Canadians.

“If it’s in the form of a loan, perhaps we pay some of that loan back through programs … we’re really looking for a business relationship that would be good for Canadians in the long run.”

Perhaps instead of the government, the CFL will just ride it out on the very deep pockets of The Rock and his XFL partners.

“Since we first acquired the XFL, we have focused on identifying partners who share our vision and values on and off the field,” said Dany Garcia, XFL chairwoman and co-owner. “A vision filled with opportunity, innovation and the highest level of entertainment value for the benefit of our athletes, fans and communities. The CFL has expressed that similar sentiment and jointly we recognize a great opportunity to build exciting innovative football experiences that make the most of each league’s unique strengths. I look forward to our continued discussions and we will update the sports community as we have more to share.”

The CFL plans to start its 2021 regular season in June, while the XFL has not chosen an official start date and is expected to not begin scheduling games until at least 2022.