Did The XFL Steal Its New Logo From AXE Body Spray? 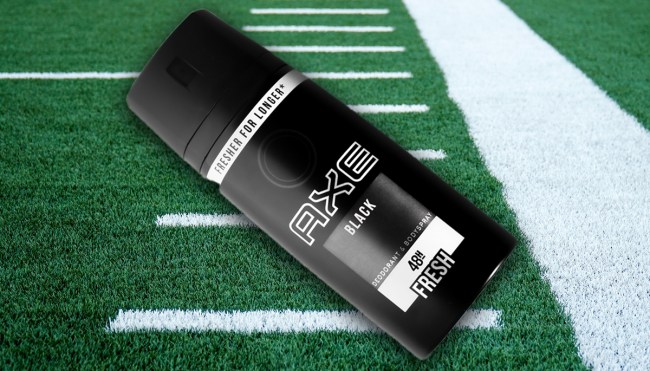 It was fairly safe to assume the XFL was officially dead when it managed to crash and burn in the spring of 2019 even quicker than it did during its inaugural season in 2001 (which obviously had just a little bit to do with a certain health crisis that took the world by storm shortly after the league rebooted).

However, that didn’t turn out to be the case, as Dwayne Johnson was among a group of investors who purchased the XFL’s remaining assets in a fire sale in 2020 with plans to bring it back from the dead once again.

As things currently stand, XFL 3.0 is slated to make its grand debut in 2023. However, we were treated to one of the most significant updates so far on Wednesday when Johnson dropped a hype video that was capped off with a first look at the organization’s new logo.

Pumped to reveal our new @XFL2023 logo as we build our organization and shape our one of a kind, hungry XFL culture.
X represents the INTERSECTION OF DREAMS & OPPORTUNITY.
To all our XFL players, coaches, fans;
You bring the dreams – we’ll bring the opportunity.
Now LFG!#XFL2023 pic.twitter.com/ucbSjiBVwf

Most people seemed to respond to the development with a big ol’ shrug, but there were plenty of others who noticed a similarity between that logo and one used by AXE body spray—including the brand itself.

XFL's new logo looks like they took some notes from the fine folk at AXE Bodyspray pic.twitter.com/yOvNPV074W

The XFL, brought to you by AXE Body Spray https://t.co/oDg5Muv0Pg

While they’re definitely not identical, it’s pretty hard to ignore the similarities when the two logos are placed side-by-side. However, if we’re viewing the AXE Twitter account as the definitive authority on the manner, it appears the brand has harnessed the “imitation is the sincerest form of flattery” mentality.

As always, AXE remains the epitome of classy.