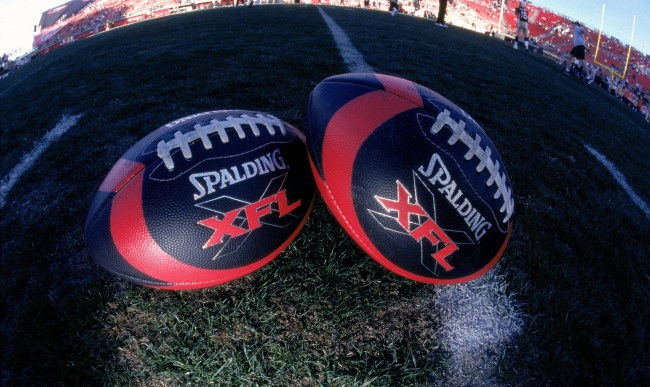 2001 was a simpler time, a time when people were still trying to figure out exactly what an iPod was so they could listen to “Drops of Jupiter” while clad in their finest Rocawear sweatsuit.

However, Steve Jobs wasn’t the only disruptor to make waves that year.

Around the turn of the millennium, Vince McMahon made it his mission in life to be ethically responsible for more concussions than anyone else in history when he decided to branch out from his wrestling roots and launch the XFL.

The head of the WWE saw his league fold after a single season, but if pro wrestling storylines have taught me anything, it’s that anyone is capable of coming back from the dead.

Earlier this year, there was much rejoicing when McMahon announced the XFL will be popping out of its casket in 2020.

There haven’t been a ton of developments since then, but earlier this week, we did learn which eight cities will have a team when the league attempts to rise from the ashes.

There’s still no word on exactly who will be playing on those teams or when the draft will occur but that hasn’t stopped sportsbooks from starting to speculate.

When McMahon made the initial announcement, reports started to pop up that Johnny Manziel was a leading candidate to become the face of the new XFL, and if the odds are any indication, he might have a real shot.

According to CBS Sports, you can now place prop bets on which former NFL quarterback will become the first to ink an XFL contract thanks to BetOnline.ag.

You’ll double your money if Johnny Football signs a deal before anyone else, but in order for that to happen, he’ll have to box out Colin Kaepernick, who is the favorite among the five QBs you can wager on.

It might be a long shot but I’d love nothing more to see “Ron Mexico” on the back of a jersey. Don’t let me down, Mike.