Hold Up, The XFL Sale To Dwayne ‘The Rock’ Johnson Is Being Objected To By League’s Unsecured Creditors 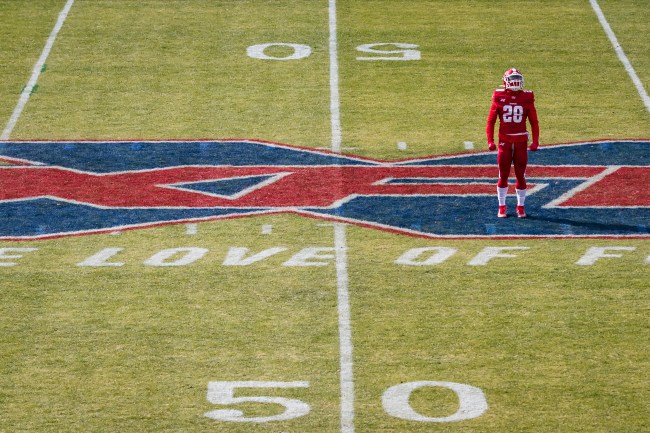 The XFL sale to Dwayne “The Rock” Johnson was big news Monday morning, as the former WWE personality and current Hollywood megastar reportedly paid $15 million with a group of investors for the defunct pro football league. But before all the “T’s” are crossed and the “I’s” are dotted — and because it’s 2020 and we can’t have nice things — the sale still has some procedural things to go through before being finalized.

According to the XFL Newsroom, the XFL sale to “The Rock” is currently being objected to by the league’s committee of unsecured creditors, claiming that the $15 million from Johnson and his group isn’t nearly enough for the entire league.

This comes just hours after XFL President John Pollack had the following to say about the apparent deal with Johnson and his investor group.

“This is a Hollywood ending to our sale process and an awesome new start for the XFL. Dany, Dwayne and Gerry are a dream team ownership group and the XFL is in the best possible hands for the exciting journey ahead.”

So, let’s pump the brakes on the optimism about the XFL sale to Johnson and his group at this very moment. Take a look below at the dispute from the league’s committee of unsecured creditors — which outlines that it’s their main priority to get as much money as possible for all the assets in the league. Hey, nothing wrong with that, right?

While the Committee has been and remains supportive of a competitive sale process run by the Debtor that attracted a qualifying bid from the Proposed Buyer, the Debtor’s role as a fiduciary to the estate and its constituents does not end with securing that offer. Rather, the Debtor has an ongoing obligation to negotiate terms with the Proposed Buyer that are most favorable to the estate and do not unduly prejudice its creditors. The proposed APA, however, does not reflect such terms and seeks to strip the estate of valuable assets for no consideration. As such, the Committee has significant concerns that the Sale contemplated with the Proposed Buyer does not satisfy the sound business purpose test, and is not in the best interests of the Debtor’s estate.

It is crucial that the Debtor perform an analysis to determine whether the value of each of the assets included in the Sale is truly maximized. Unless and until a thorough review and analysis of the value of the Purchased Claims is completed — or the Proposed Buyer removes the Purchased Claims from the Sale or provides additional consideration to support their purchase — unsecured creditors will be unduly prejudiced by the contemplated Sale.

Although this is just a small hiccup in the sale process, one would imagine Dwayne “The Rock” Johnson and his fellow investors will get this squared away with the league’s committee of unsecured creditors to complete the XFL sale. And while the league hopes to return in 2021 — assuming this sale becomes official — it’ll be interesting to see how the league operates given the pandemic, new ownership and the introduction of some new rules and gameplay.