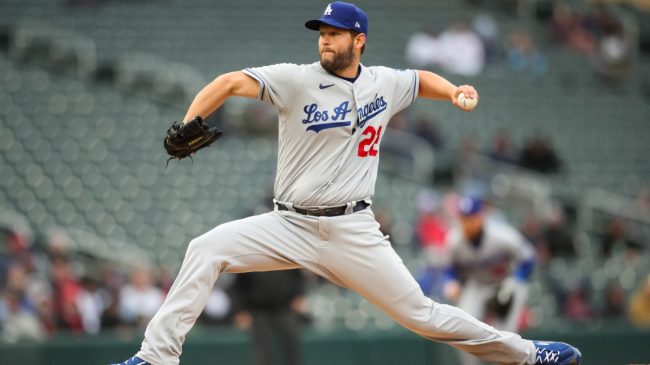 A pair of Dodger legends have shared their heartfelt reactions upon hearing about the passing of iconic broadcaster Vin Scully.

Scully was in the booth for nearly seven decades, seeing the club’s transition from Brooklyn to Los Angeles. He was on the call for some of the greatest moments in the history of sports.

On Tuesday, he passed at the age of 94 years old. The news comes six years after his retirement.

Scully had a knack for storytelling, and it had an impact on everyone that listened. That skill remained true whether it be in his days calling games for the Brooklyn Dodgers in the 1950s or in the 21st century with a new lineup of stars in Hollywood.

On Wednesday, Clayton Kershaw and Yasiel Puig reflected on their time with Scully.

Upon hearing of Scully’s passing, both Puig and Kershaw took to social media to post heartfelt responses.

Kershaw posted a collage of pictures, with the following caption.

“The best there ever was. When you think of the history of the Dodgers, you think of Vin. An incredible man with an incredible legacy and I’m so thankful to have known him as well as I did.”

Puig, one of the more polarizing players in recent Dodgers history, posted a video along with a message.

“You gave me my Wild Horse name. You gave me love. You hugged me like a father. I will never forget you, my heart is broken. My hand over your family’s hearts. Los Angeles, I am sorry I am not there with you today to cry together.”

It’s evident how much Scully impacted those around him. Baseball lost a legend this week.