Zach Wilson’s Mom Is Happy Her Son Stood For The National Anthem, Which Of Course Has Some People Very Angry 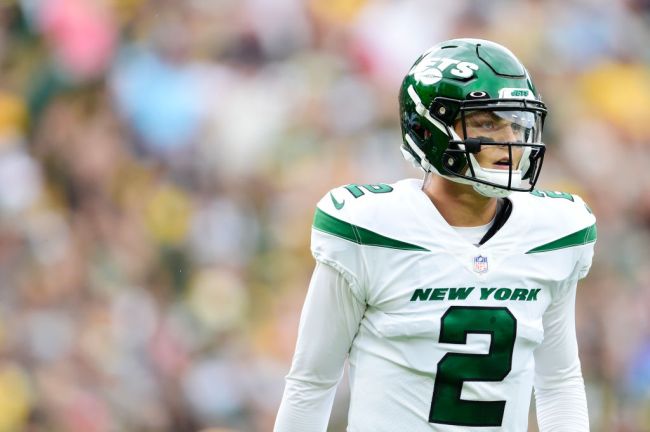 Lisa Wilson, the mother of Jets rookie quarterback Zach Wilson, is active on social media, to put it mildly. She posts so much content on Instagram that Zach supposedly offered her actual money to get off of the social media platform. She didn’t take his offer, and now she’s back in the spotlight, only this time it’s because she simply showed support towards her son for standing during the national anthem.

Zach stood during the playing of the national anthem ahead of the Jets’ preseason game against Green Bay over the weekend, which in the year 2021 is a no-no according to some people. We’re at the point now where it’s a news story when a player actually stands for the national anthem instead of taking a knee.

Someone tagged Lisa in an Instagram story showing Zach standing for the anthem, and Lisa simply decided to re-post it. The caption, written by the original poster, read “Zac, you are the man!! Thank you for standing up for America, for God, and for showing all the little boys who dream of playing one day what it means to be a true leader” the original poster also tagged Lisa writing “I can imagine how proud you made your mama.” 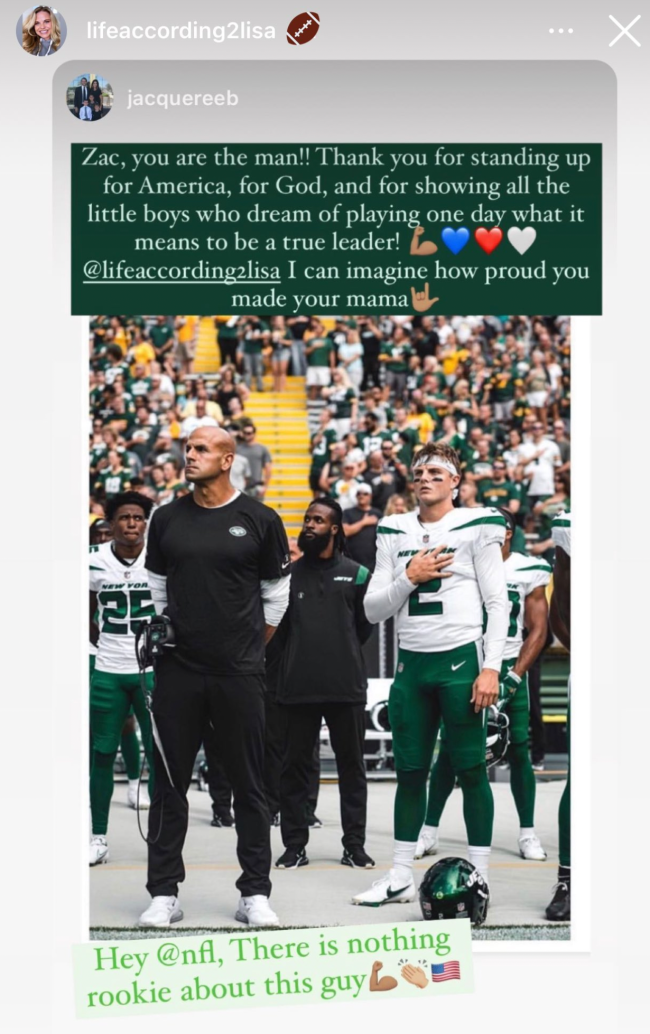 The only words Lisa actually wrote on the Instagram story were “Hey NFL, there is nothing rookie about this guy,” which of course isn’t controversial at all. Just a mother supporting her son, that’s it.

Everyone that has seen the picture that Lisa re-posted on her story knows this, they know how Instagram works, but that isn’t keeping them from jumping all over her. Black Sports Online even called her out for using “very MAGAish language” and writer Robert Littal titled his story about the image “Jets QB Zach Wilson’s Mom Lisa Applauds Him For Standing For The Anthem Like A “True MAGA Leader.”

That title is meant for you to think that Lisa actually said her son standing for the anthem was like a “true MAGA leader” even though she never said or wrote that. You can read other people’s totally sane, definitely not ridiculous thoughts about Wilson standing for the national anthem in the replies here.