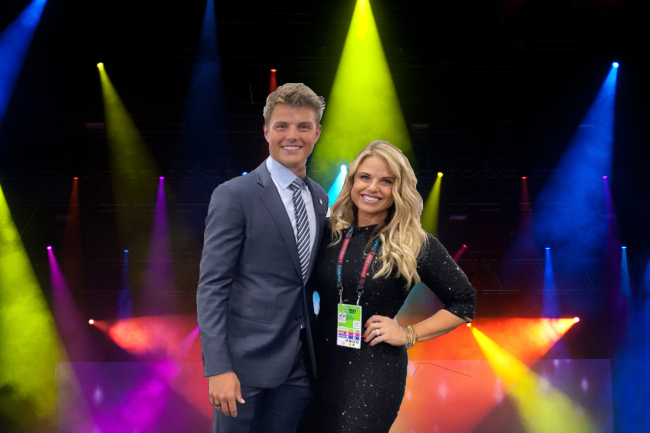 Ever since Lisa Wilson went viral on draft night, her Instagram account has been nothing but tremendous content. She went on an epic tirade about Disney back in May, shredded New York media for turning her life “upside down,” and laid into the ‘D–ks’ who stole her purse while she was dancing at her daughter’s wedding.

I don’t typically watch reality television but an IV of Lisa’s instagram story is something that I would very much be interested in. Tap it into my veins.

She is a fiery, well-intentioned, passionate motivator who loves to give back, have fun and make people smile. Her party certainly checked the boxes and it looked like a blast.

Lisa celebrated her 49th birthday on Wednesday with her closest (only female) friends and used the platform to better others. In lieu of gifts (though she still got plenty, stay tuned), she asked for donations for Sister Goods— a charity that helps women have access to menstrual products.

There is no party without people to attend said party. As such, a guest list is very important and Lisa was very specific with her selections.

She “couldn’t invite 35,000” (which is a low-key brag about having a shit ton of friends), so her invitees came down to a shameless self-plug. It’s amazing.

To receive an invitation to Lisa’s annual birthday bash, you must attend one of her classes. She is a fitness instructor and those who are willing to join her and “be humbled a little bit” can then come to her birthday.

What she is saying makes perfect sense, but it’s also a brilliant marketing ploy.

Once you are invited to the party, you might be curious as to how to dress. Lisa made sure to set her own standard— “sexy casual.”

Nothing that “pushes up the boobs” and nothing restricting. Look good, feel good, play good, right?

Filling the table with food.

After landing on an outfit, at least for me, the next question is always whether I should eat before the party or if there will be food there. Lisa made sure to set out a killer spread.

In addition to her charcuterie boards, desserts and nacho platter, Lisa set out some finger foods. She was very adamant that women don’t like to eat in front of other women so having small bites is a major key.

To fill that need, Lisa made mini sandwiches on tiny rolls because with “anything mini, the calories don’t count.”

She talked through the entire process, but unfortunately, even that was too intimidating. Not that many people ate the sandwiches and the Wilson family will be eating rolls for awhile.

You better get the party started.

With the food set, guest list established and “sexy casual” clothing on, it was time to party.  People still showed up with gifts and Lisa made sure to point them out.

And then things started to turn up. The Wilson house looks amazing and the hired DJ had the place BUMPING.

“If you don’t think you need women in your life, that’s bullshit,” Lisa said. And then she showed us why. It was lit.

Lisa gets up to get down.

At the end of the day, the night was all about Lisa after all. When it was time to sing ‘Happy Birthday,’ she took a play from Marilyn Monroe’s playbook and mimed the dance she gave when she sang President Kennedy the same song.

And then she danced. A lot. Lisa has moves!

That’s what she said.

As previously mentioned, Lisa is a fitness instructor. She, apparently, starts her classes with a call-and-response.

Lisa says “HIT IT HARD!” and the class responds “THAT’S WHAT SHE SAID!” Thus, her cake was TWSS themed.

When the night was over, Lisa took the time to decompress from the rager she just threw. Her husband asked her to go to bed, but sleep is for the weak.

Even though the party was for Lisa, it was also for Sister Goods. Volunteers from the organization came by the Wilson household on Thursday morning and picked up the donations.

It was a pretty large pile, so credit to Lisa for making it happen and giving back.

God bless Instagram, God bless Lisa and God bless Zach for allowing her to do her thing. We are all the better for it.