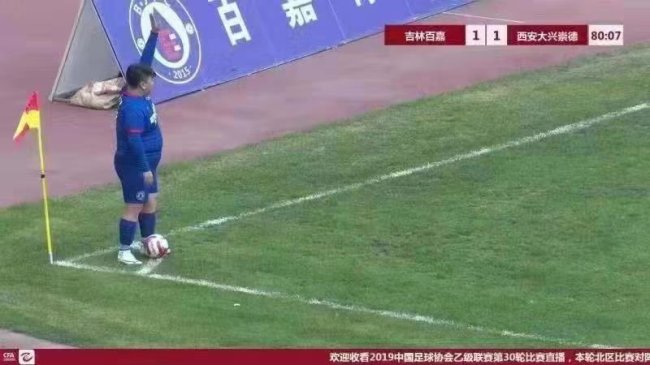 A Chinese businessman purchased Zibo Cuju, a football team in the second tier of Chinese soccer, and told the coach to play his portly son, producing truly remarkable images in the process.

Not only that, but the businessman — 35-year-old He Shihua — has also been inserting himself into matches, according to TUDN. He’s even given himself the #10 shirt, which is traditionally given to the team’s best, or most creative, player.

In the CL1(2nd-division) match today between Sichuan Jiuniu and Zibo Cuju, He Shihua, the principle sharedholder of Zibo Cuju, was introduced into the match just ahead of the injury time. The 35-year-old enterpreneur/footballer wears No. 10 shirt. The match ended 0:0. pic.twitter.com/d0XfNFUFIZ

To be fair to He Shihua, Zibo couldn’t possibly get any worse, so what do they have to lose? After all, he is the one cutting the checks.