Zlatan Ibrahimovic Doubles Down Against LeBron James: ‘Athletes Should Be Athletes, Politicians Should Do Politics’ 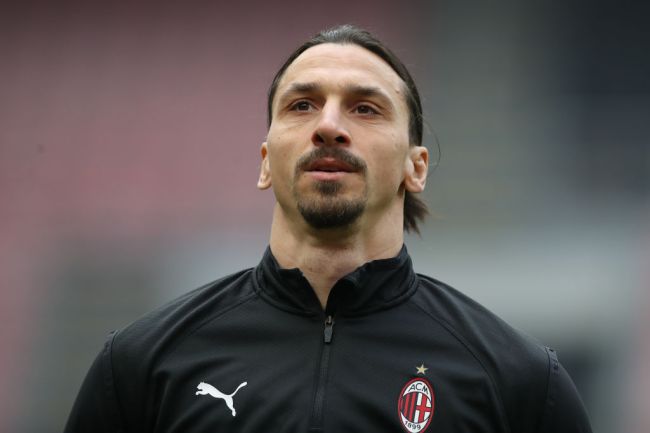 A somewhat random feud between Zlatan Ibrahimovic and LeBron James has now turned into a legitimate back-and-forth as Ibra has now doubled down on his opinion that James, and all other athletes, should stay away from politics and stick to sports.

The latest development in this drama featuring two athletes with some of the biggest egos in human history occurred during a Tuesday press conference when the AC Milan forward was asked about the ongoing situation. Ibrahimovic made it very clear that just because James disagreed with him, he hasn’t changed his opinion on the matter.

“Athletes unite the world, politics divide it,” Ibrahimovic said, according to ESPN. “Our role is to unite the world by doing what we do best. Athletes should be athletes and politicians should do politics.”

This all started last month when Ibrahimovic took part in an interview with Discovery+ in Sweden in which he specifically called out James and stated that he doesn’t like the fact that he gets involved with politics.

“Do what you’re good at. Do the category you do. I play football because I’m the best at playing football,” Ibrahimovic explained.

“I don’t do politics. If I would be a political politician, I would do politics. That is the first mistake people do when they become famous and they become in a certain status. Stay out of it. Just do what you do best, because it doesn’t look good.”

James of course saw Ibra’s comments and issued a response of his own while calling the Swedish international a hypocrite.

“At the end of the day, I will never shut up about things that are wrong,” James explained during a postgame press conference. “I preach about my people and I preach about equality, social justice, racism, voter suppression, things that go on in our community because I was a part of my community at one point and saw the things that were going on, and I know what’s still going on because I have a group of 300-plus kids at my school that are going through the same thing and they need a voice.

“It’s funny he’d say that because I believe in 2018 he was the same guy who said, when he was back in Sweden, talking about the same things, because his last name wasn’t a certain last name, that he felt like it was racism going on when he was out on the pitch. Right? He did say that, right? I thought he said that.”

“I speak from a very educated mind. I’m kinda the wrong guy to actually go at, because I do my homework.”

In summary, Ibrahimovic is firmly in the camp that athletes should ‘shut up and dribble‘ while we’ve known for quite some time that James doesn’t share that same belief.

LeBron is LeBron and Ibra often refers to himself in the third-person, don’t expect either athlete to change their opinion on the matter.