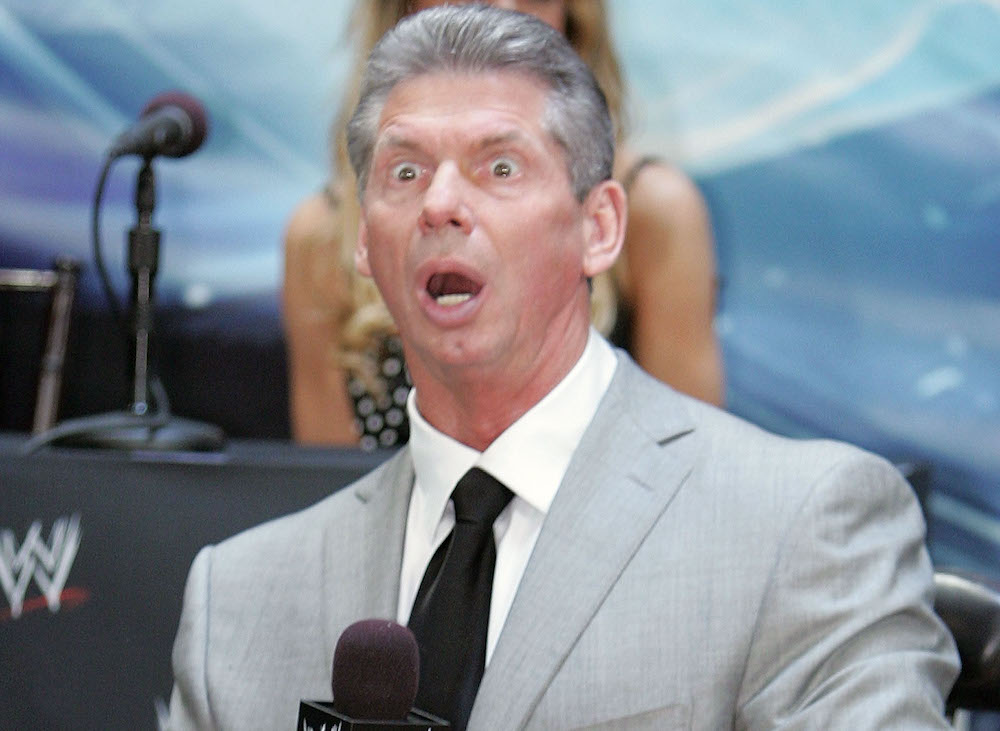 WWE Chairman Vince McMahon isn’t afraid to pay top dollar for top talent, but in the case of WWE Hall of Famer Shawn Michaels, McMahon shelled out $3M over four years to make sure his top talent didn’t jump ship to the competitor.

On a recent episode of “Grilling JR” on AdFreeShows.com, AEW announcer Jim Ross and co-host Conrad Thompson discussed Shawn Michaels’ career, specifically the years of 1997 and 1998.

Ross discussed some of the behind-the-scenes stories reported in the dirt sheets at the time and the former WWE talent relations executive shared insider stories about Michaels’ relationship with McMahon during those years.

Ross discussed the infamous episode “losing his smile” promo with Shawn Michaels dropping the WWE title on an episode of “Raw.”

Thompson asked Ross about the events leading up to that promo and when Ross found out Michaels was going to drop the belt.

“I guess earlier that day. He was volatile. He was polarizing and volatile so anything you heard about Shawn, it was not going to be a total shock. You kind of got used to it.

He was influenced by outside sources that liked to pour gas on his fire. I don’t know…

So once you get the message of what’s going to happen in the production meeting that morning, it was like, geez, that’s pretty extreme.

Maybe you give him the benefit of the doubt. Maybe something is really wrong. We didn’t know.

But I always thought his feelings were hurt more than his knee or his back or whatever, and I don’t know exactly why. He had a hard time handling and accepting the responsibility of being the top guy in the territory.”

The stories of Michaels’ being tough to work with during that time are well-documented.

Michaels became such a pain that The Undertaker once waited backstage for Michaels’ match to finish just in case he had to beat his ass.

Ross explained that Michaels was still on the payroll after disappearing in 1998 and collected $750K a year to stay home.

“I don’t know if it was pressure from Vince or not. Vince loved him. It’s proven.

We paid Shawn $750,000 a year for about four years to do nothing because he was Vince’s guy.

Every time we go over budgets and things, where are we at with the Shawn contract? Nothing, leave it alone. Ok”

Ross concluded that McMahon kept Michaels’ on the payroll because he’s a talent and big-name draw who could return at any time but also to keep “The Heartbreak Kid” from jumping ship to be with his best friends in WCW.

“Here’s the deal,” explains Ross. “All Shawn wanted to do was go work and go play with Kevin (Nash) and Scott Hall. So that would have been for WCW nice to get a gift of Shawn Michaels, wouldn’t you think? So he took good care of him.”

Michaels returned to the company in 2002, reforming D-X with Triple H and put on legendary matches for over a decade.

[h/t to WrestlingNews.co for the transcription]