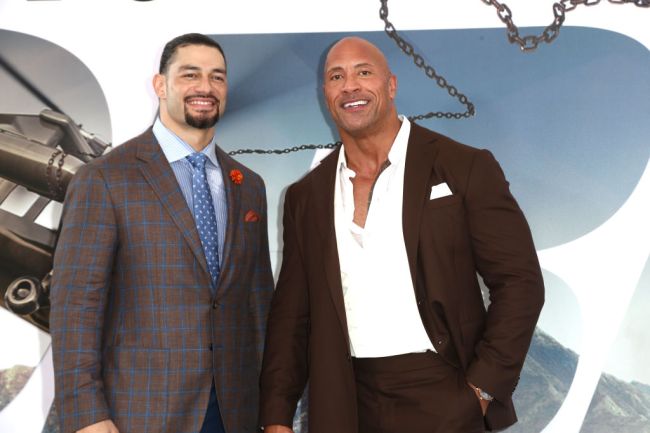 Ever since Roman Reigns‘ heel return to the WWE after a long absence to recaptured the WWE Universal Title, rumors have swirled about his possible WrestleMania 37 opponent.

The Rock even fanned the rumor flames in an interview in September, stating, “A lot of people always say, ‘Well if you ever go back to WrestleMania, who would be the opponent that you would face?’ Feels like the one that would make sense, right, would be Roman.”

On a recent episode of The Arn Show, current AEW coach and WWE Hall of Famer, Arn Anderson, addressed the rumors of The Rock returning to possibly “pass the torch” to the former Shield member.

Anderson explained why this would be an awful idea.

“I’m sure he’s a kind enough individual. I’m sure he is a team player.

He is also the biggest movie star in the world. If you think he’s going to go and battle Roman in front of no people, you’re out of your mind.

People’s champion is not just a moniker. That’s what he does.

He has a maestro stick and he moves the audience whichever way he wants, back and forth just like all the great ones did.

I hate to say it but I have to tell you, WrestleMania without people is a tough sell because it’s still all the same talent and all the same matches and without those 100,000 people to determine how you feel about what you are watching.

Anderson is absolutely correct in his assessment. Why bring The Rock back to work in an empty arena?

Another person agreed with Arn’s take on the situation – The Rock himself.

Double A! Smart insight here! Always enjoyed working with him. (and thank you for blessing my spine buster, brother 😊🙏🏾💪🏾)

If the world goes back to normal by the end of 2021, WrestleMania 38 makes much more sense for a possible final match from The Rock.

The event is slated to take place in Los Angeles, a huge market for a huge star, and the weekend can include Johnson’s eventual induction into the WWE Hall of Fame.