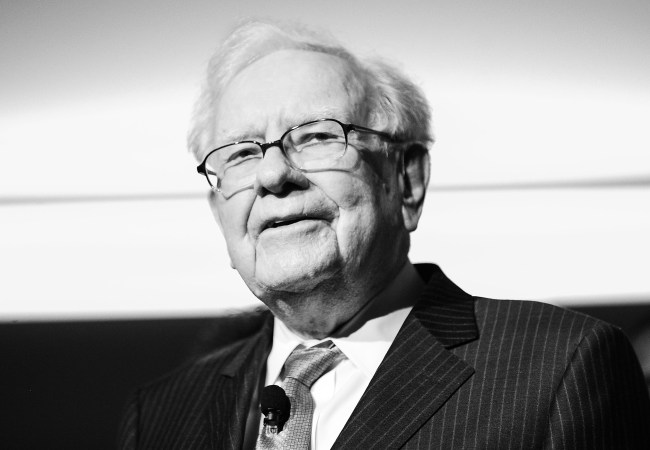 What is 188 years old and has a net worth of roughly $91.7B? If you guessed a table with Warren Buffet and Charlie Munger then you’d be right.

Berkshire Hathaway held its annual shareholder meeting in Omaha, Nebraska on Saturday, and boy was it a doozy. Only Buffett-palooza can go head to head with the Kentucky Derby and Cinco de Mayo. Here are the highlights …

Berkshire repurchased $1.7B of its stock in Q1 of 2019, and it’s anticipated that stock buybacks will only continue. You see, the company is sitting on a cash pile to the tune of $114B. Although Warren emphasized that the share buyback program has nothing to do with its Scrooge McDuck money and more to do with the share price. The Oracle went as far as to say he would be willing to buy back $100B worth of Berkshire shares if the price was right.

Warren did not make any specific comments regarding his succession plan in the event that he … retires(?), but he did mention the company might change the setup next year and have his two right-hand men, Ajit Jain, and Greg Abel, sit on stage alongside Mr. Munger and himself. Ajit also answered a question at the event for the first time, so clearly, Greg done f*cked up.

And now, the lowlights …

Berkshire’s first-quarter earnings came in at $21.66B. Last year Warren and Charlie reported a loss of $1.14B. BUT, there’s a catch. The figures do not include its share of earnings from its 27% ownership in Kraft Heinz.

Kraft Heinz has not filed its earnings with the SEC yet because its auditor (where my PwC beancounters at?) hasn’t signed off on its 10-K. Heinz has had a rough go as of late (down 24% YTD) thanks mostly to a subpoena for further investigation into its accounting and internal controls from the SEC.

If you look up sizemover in the dictionary, you’ll see a picture of Masayoshi Son. The Softbank CEO is that one friend everyone has who goes from zero to 60 real fast. He doesn’t do anything halfway.

So it’s no surprise that the biggest swinging d*ck of them all is outdoing himself. Masa is allegedly planning to take his $100B Vision Fund public … because why the f*ck not? The unprecedented move is part of an outlandish fundraising initiative that will help secure a second $100B pot-o-gold to throw at high growth tech startups.

It’s worth noting that most of the current Vision Fund’s cash comes from Saudi Arabia (Jamal who?) and Abu Dhabi. And Son has been spending it like Chris Farley circa 1997. Despite planning to distribute the funds over 4 years, Son did so in 2. In fact, his 400 employees can’t keep up. There are plans to double the team’s size in the next year.

No risk, no reward

But this undertaking isn’t without its fair share of hurdles. Namely, idiots who have no business investing in incredibly risky tech startups. No, seriously. There are rules meant to protect mom and pop investors from themselves which would disallow Softbank from packaging and reselling these risky investments to normies.

Not to mention some of the Vision Fund’s most notable investments will go public this year, negating at least some of the cachet that would come along with owning a part of the fund.

THE VICE IS RIGHT

Vice Media, the Brooklyn based new media company raised $250M from a group of investors including the legendary George Soros. The investor group was led by 23 Capital and Soros’ Soros Fund Management and included Fortress Investment Group and Monroe Capital.

In March, the company announced it was seeking investors while it searched for new avenues to turn a profit. That’s always a good goal to have. Take notes, Uber.

Using the money it’s raised, Vice CEO Nancy Dubuc, who took over for sketchy AF, but still employed co-founder Shane Smith back in 2018, plans to move the company away from relying solely on online content, the medium that brought the company to the media forefront.

As a result, Ms. Dubuc has combined many of Vice’s online verticals, like Munchies, Motherboard, and Vice News, into the realm of a reworked Vice.com. Dubuc’s transformation plan for Vice includes expanding its television and film production and diving deeper into branded content.