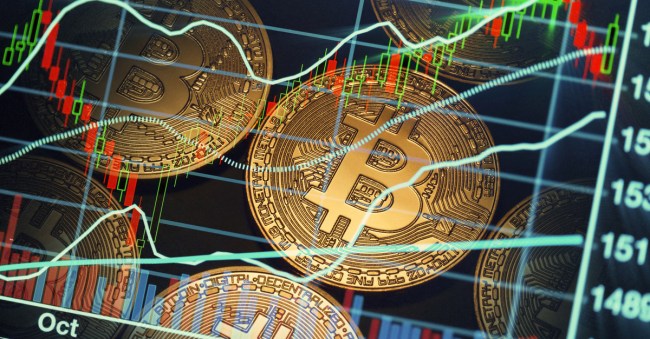 Cryptocurrency… many still don’t know what to think about it (including myself). Many financial experts, serious moneyfolks, have said it’s a giant bubble waiting to burst. And yet others think it’s the future and the cryptocurrency market continues to grow and expand, despite dozens upon dozens of failures.

In order to better understand cryptocurrency, if that’s really even possible, the folks over at cost information website HowMuch.net decided to try putting it in visual terms that might help us out a little bit.

Here’s what they did…

Using January as the benchmark, we found the top ten cryptocurrencies by market cap between the years of 2014 and 2018 from CoinMarketCap.com. In order to more clearly depict the market cap growth during the time period, we used a green color scale ranging from light to dark shade. The darker the green background on each square, the larger the market capitalization. Conversely, lighter shades represent smaller market caps.

What they discovered is that while Bitcoin is the grandaddy of them all, it has gone from representing 89% of the total market cap of all cryptocurrencies in January of 2014 to, four years later, just 33.4% of the overall cryptocurrency industry’s market cap.

Interestingly enough, the top three largest cryptocurrencies in January 2014 would be the only three to consistently make the top ten list each year: Bitcoin, Litecoin and Ripple. Ethereum busted onto the top ten scene by January 2016, and has surprised the entire community with its massive rise to be undisputed second largest cryptocurrency by market cap for the second year running.

I don’t know about you, but a 190% return on investment over five years sounds pretty good to me. The question, as always with cryptocurrency is, will it continue to rise or will it bottom out and become worthless down the road as some people predict? Time will tell. 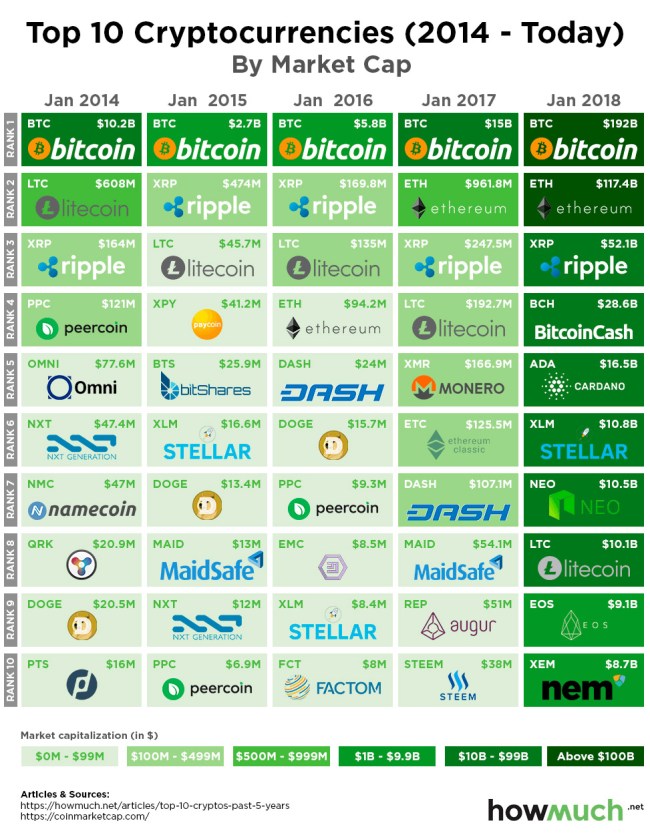