Around Half Of 2017’s New Cryptocurrency ICOs Have Already Failed, Costing Investors $233M 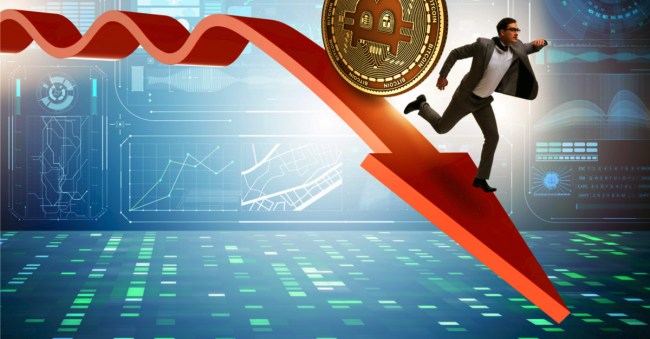 Man, I love talking about cryptocurrency. I am so glad that it’s become “a thing” over the past couple of years.

Other than the petty feuds and continual social media shading that goes on with NBA players, cryptocurrency is one of the most entertaining things going in our culture today.

I mean, just look at some of these headlines…

Cryptocurrency Millionaire Buys $200,000 Lamborghini Huracan For Just $115 Thanks To Bitcoin

In A Move Sure To Inspire Confidence, Steven Seagal Is Now Representing A Cryptocurrency Group

The Average Electrical Costs To Mine Just One Bitcoin, Broken Down By State, Are Staggering

And those are just from February! So fun!

Now we have new reports by Bitcoin.com and the Silicon Valley Business Journal that say somewhere between 46 percent and 59 percent of 2017’s initial coin offerings (ICOs) to raise funds for new cryptocurrencies are “effectively dead” already.

That’s the conclusion of a report by Bitcoin.com which concluded that of the 902 ICOs from last year tracked by TokenData, 142 failed before raising funding and another 276 failed after fundraising.

It classifies another 113 ICOs as “semi-failed.” With this group, either the team has stopped communicating on social media or their community is so small as to mean the project has no chance of success.

The fact that around half of these startups failed is not the surprising part. That happens all the time. The shocker is that, according to the SJBJ, “The first-year failure rate of those ventures is … estimated to be only around 20 percent.”

Meanwhile, cryptocurrency startups in 2017 failed at a rate of 59 percent in their first year!

Also consider that the ICO boom didn’t really get going until the second half of last year, so many of those burnouts happened just a few months after they were floated.

Most disturbing is that Bitcoin.com reports that it found a number of ICOs in which the founders simply took the money and ran. “Some raised a couple of thousand dollars and a handful raised over $10 million,” it said.

So, between all sorts of hacks, security breaches, and people like Warren Buffet, the original “Wolf of Wall Street” Jordan Belfort and others all saying cryptocurrency is destined to fail, there is yet another reason to be skeptical (besides all of the failed ICOs, I mean).

And that is this statement by none other than Bitcoin.com (whose founder has already bailed), “Thanks to diminished returns, increased competition, and a never-ending stream of opportunistic ICOs, crypto investing in 2018 is riskier than ever.”

HODL? Or not to HODL? That is the question. And I think we may have the answer.