‘Wolf Of Wall Street’ Jordan Belfort On Bitcoin: ‘Biggest Scam Ever… Far Worse Than Anything’ I Did 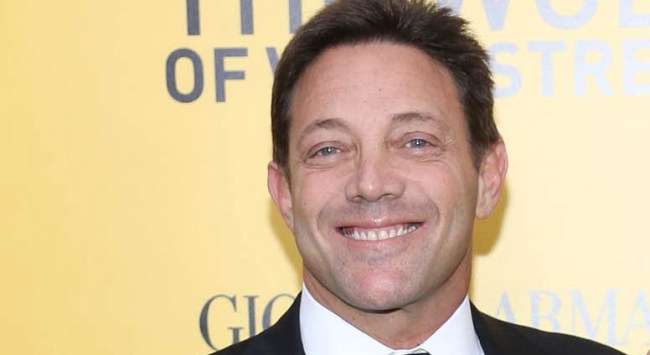 Bitcoin. Want to start an argument with someone these days? Bring up Bitcoin or any other form of cryptocurrency to someone who has even a modicum of knowledge regarding finance. Bitcoin, Ethereum, Litecoin, it doesn’t matter — everyone’s got an opinion.

Facebook’s VP Of Messaging David Marcus just in on it. People are taking out mortgages to invest in it.

Meanwhile, a famous trader says history proves that the Bitcoin bubble is destined to burst. J.P. Morgan’s CEO says Bitcoin is a scam, saying it’s only useful for drug dealers, murderers and North Korea. Heck, even the co-founder of Ethereum says it’s a “ticking time bomb.”

So what is one to believe? The values of these cryptocurrencies keeps rising and rising. Should you too be getting a piece of this?

Not according to the man known as “The Wolf of Wall Street” Jordan Belfort.

Speaking to Financial Times, Belfort made his stance on cryptocurrency crystal clear…

It’s the biggest scam ever, such a huge, gigantic scam that’s going to blow up in so many people’s faces. It’s far worse than anything I was ever doing.

Promoters are perpetuating a massive scam of the highest order on everyone. Probably 85% of people out there don’t have bad intentions but the problem is, if 5 or 10% are trying to scam you it’s a f**king disaster.

But… how do you really feel about it, Jordan?

Everyone and their grandmother wants to jump in right now. I’m not saying there’s something with the idea of cryptocurrencies, or even tulip bulbs. It’s the people who will then get involved and bastardise the idea.

Another thing to consider about Bitcoin was brought up recently by Mashable.

In an article titled, “Bitcoin’s secretive creator could become the world’s first trillionaire,” Mashable makes the observation that while the creator of Bitcoin, the elusive Satoshi Nakamoto, now holds an unimaginable fortune in Bitcoin, if he were to actually sell any of it the result might be irreparable damage to Bitcoin, potentially killing its value.

So Satoshi Nakamoto owns ~1/21 of all #bitcoin. I’m sure he/she/they will *never* use that market power in unseemly ways.

I guess the decision on whether to invest or not is really about how comfortable you feel about rolling the dice with you money. And if that is something you are looking to do then maybe this step-by-step guide would be a good place to start.