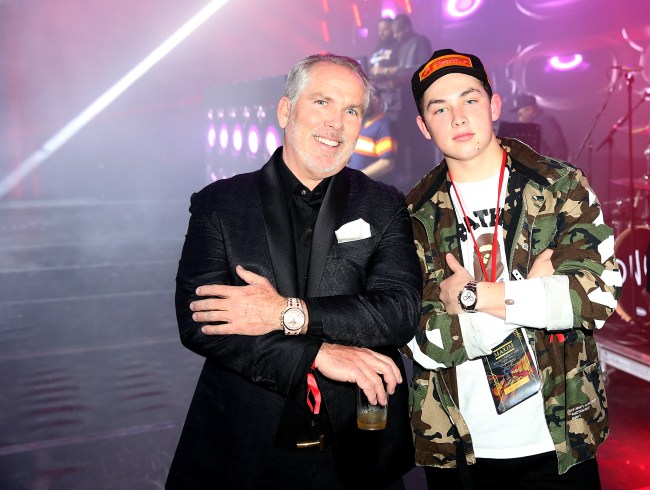 What did your dad get you for your 18th birthday? Mine got me a pair of work boots and let me have guzzle a six pack of Bud Heavys with him while grilling up some porterhouse steaks. Truly felt like a king.

And then I camera across this story on what personal injury attorney Thomas J. Henry threw together for his son, and I’ve stopped answering my dad’s calls.

Last year, the Texas man spent $6 million on his daughter Maya’s quinceañera. This past weekend, for his son Thomas J. Henry Jr.’s 18th birthday party, he dropped a cool $4 million. How does an ambulance chaser afford such lavish parties, you ask? Well as one example, in November, Henry won a $45.3 million verdict on behalf of his client when she was injured after getting rear-ended by an energy services vehicle whose driver was on his cell phone.

According to USA Today, Thomas’ party was held at the illustrious Hotel Discotheque lounge in San Antonio. The event was produced by celebrity production designer Dylan Marer, who put together a Gatsby-mixed-with-burlesque theme complete with showgirls, aerial performers, art installations and contortionists.

Thomas, who sat in a grand Game of Thrones-esque throne for some of the party, was given a fully loaded blue Ferrari, an IWC Portugieser Tourbillion watch (estimated $200,000) and a custom-made painting from Alec Monopoly.

Henry Sr. has become known for his over-the-top parties–namely  the 2017 Republic Records Grammy after party and the 2017 Maxim Super Bowl party.