Dr. Squatch Is An All-Natural, Kick-Ass Soap Co. For Guys, And The Founder Told Us What Makes Their Soap So Dope 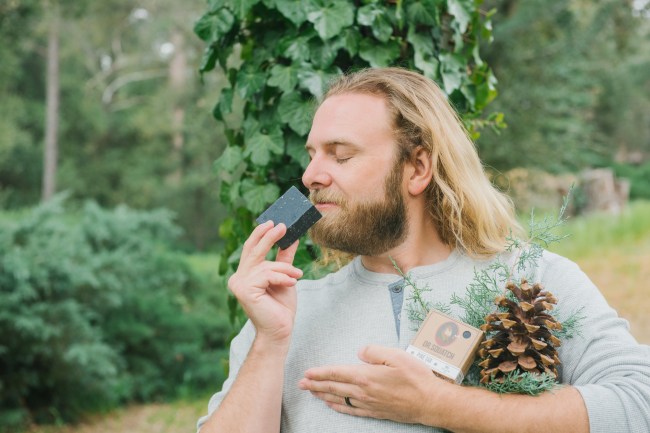 If you’re anything like most dudes, there’s a good chance you’ve just been buying the same old soap that your mom got you from the grocery store back in high school. But, just like you’ve matured into a grown-ass man, so, too, should your decisions about what products you’re using on your skin — and that’s where Dr. Squatch Soap Co. comes in.

While all those other soaps might seem like they’re doing an OK job, why settle for good when you can have great? Dr. Squatch isn’t your typical soap, bros, because it offers up all-natural ingredients that will make your skin feeling happy and leave your showering experience a helluva lot more enjoyable. Plus, the scents are unique and manly, so you’ll smell like you’ll feel — awesome. 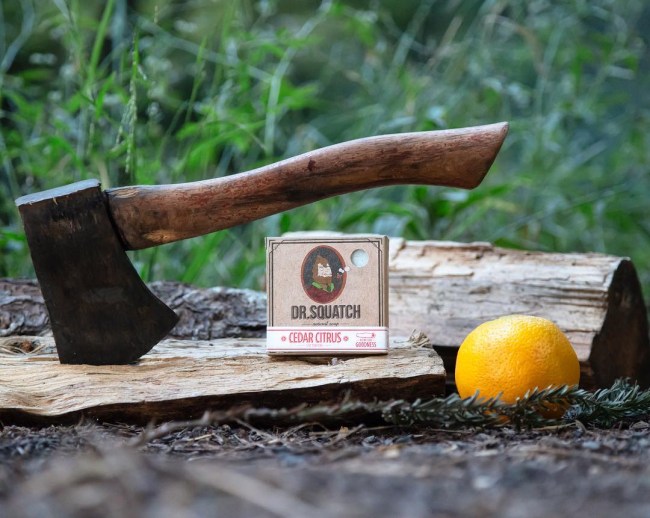 After releasing their first soap bar and seeing a ton of good feedback, Dr. Squatch now offers nine bars, meaning you’ve got plenty of options to choose from when you’re trying to get so fresh and so clean, clean. And when you consider the brand also has complimentary products like shampoo, colognes and beard oils, you’re going to step out of your house and smell like a damn stud everywhere on your body.

Since we love what Dr. Squatch is doing, we tracked down their founder, Jack Haldrup, who told us where the idea for the company came from, some of the ways Dr. Squatch differentiates itself from competitors and what we can expect from them next. 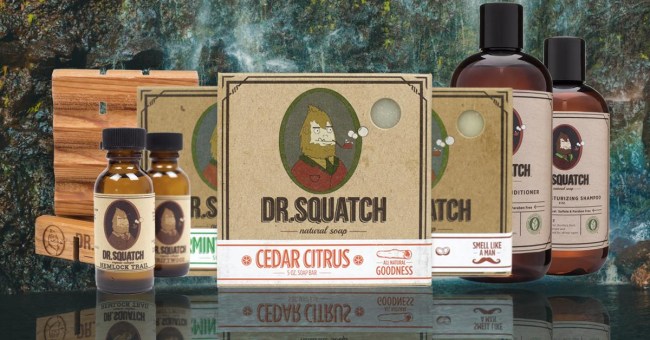 BroBible: Tell us about your background a little bit and how you got into making soap for a living?

Dr. Squatch Founder, Jack: I grew up in Indiana, went to Chicago and was working consulting for an IT and security company. I then went to Business School and Grad school, and that was fun for a few years, but I found out that it wasn’t going to be fulfilling for me long-term. I think I always knew in the back of my head that I wanted to be an entrepreneur, which is why I originally went to Business School.

At 24 or 25 years old, I decided that I wanted to go ahead and finally start my own company. Around the same time, I started to develop symptoms for psoriases — which is kind of dry, red and itchy skin. That led me down a rabbit hole to try and find the best kind of products and soaps that didn’t irritate my skin because I didn’t want to try medicine, but wanted to treat it naturally.”

I started using more natural soaps, more handmade soaps, and they made my skin feel better, so it was a better experience for me. At some point, there was an intersection of those two parallel paths, and a lightbulb went off that made me think this could be something. Thinking about my own journey to discover those products, I thought maybe I could build a brand that was funny, approachable and relatable, while selling a really high-quality product.

BroBible: What challenges did you (and do) you face going into such a competitive market?

Dr. Squatch Founder, Jack: Yeah, there have been an unlimited number of problems, you can definitely say that. It’s hard to establish a brand that people are going to recognize online. What we’ve done is, at the beginning, it was this weird Sasquatch thing that people kind of gravitated to for some reason, and, over time, this idea sort of shaped itself.”

I think now we’re starting to create content that matches up with the vision I had for the brand I wanted to create, so, in my opinion, the biggest problem is content or messaging with your brand that’s really going to stand out on social media because there really is so much noise.

In the last six to eight months, we’re producing a lot more video content and trying to understand consumer behavior on those platforms. If we can entertain them with content that they want on these platforms then a) that’s what the platform is there to do and b) that’s what people what to do while they’re there, because they don’t want to be sold.

Dr. Squatch Founder, Jack: What’s unique about our brand is a combination of the product and the compelling content we’re creating. We’re trying to introduce people to a higher quality and natural product for the first time, so a lot of of customers probably never thought too hard about what kind of soap they’ve had. They’ve sort of just been using whatever they’ve used their entire lives, and they haven’t really thought about or cared about a higher end soap. So we’re trying to get their attention with cool content and then convincing them to try this product, while changing their mind about what soap can be. 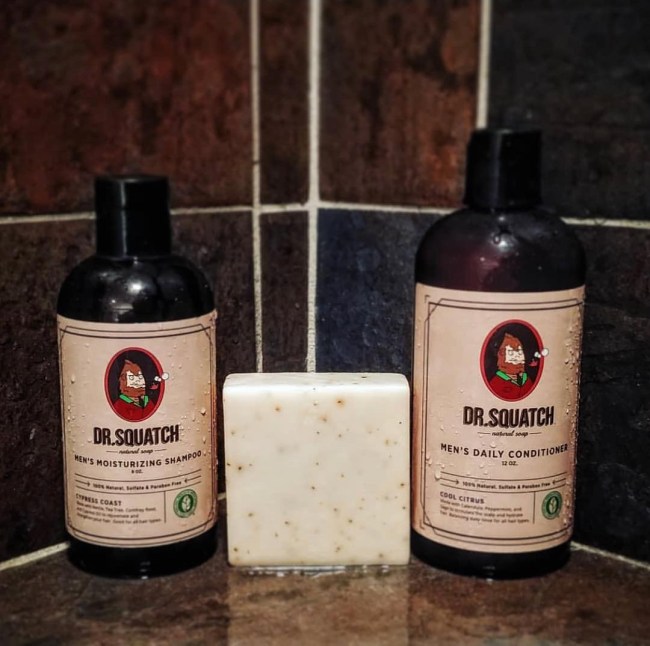 BroBible: As an Entrepreneur,  what are some tips you’d give to someone looking to start their own company?

Dr. Squatch Founder, Jack: The No. 1 tip I would give people is to build a product for yourself; and there are a number of reasons for that. I think it gives you a unique angle and depth when you do that.

For instance, if I was going to create a baby product, I’ve never had kids, I’m not a female and I’m not a mom, so, for me to go into that, I’m not going to have a level of intuition since I’m not building a product for myself.

When you make a product that you’d use to solve a problem for yourself, you can move a lot faster, because it becomes creating a great product for yourself, but then finding other people who want to use it, too.

BroBible: OK, Let’s talk products: What can we look for from  Dr. Squatch?

Dr. Squatch Founder, Jack: We want to release new soaps at a faster pace; that’s first and foremost. We released a beer soap in Q4 of last year, which was super fun, and then we’re working on a coffee soap now, which we’re looking to create some cool partnerships for.

Beyond that, we’re going to be making some candles this year. Since so many people love the smell of our soaps, we figured we’d extend that out for them. And then we’re working on a formulation for deodorant, as well, since we think there’s an opportunity to create a really awesome, natural deodorant for guys.

BroBible: Where do you get the inspiration from behind the scents?

Dr. Squatch Founder, Jack: They just come from all different places. One of the scents, Nautical Sage, I came up with when I live in San Francisco. I used to go to Big Sur a lot, and I became obsessed with this sage brush. It has this aroma that just sort of reminds me of the California coast, and I wanted to create a soap that matched that.

Most recently, the beer one I was talking about, we actually did a customer contest with that. So we had people submit ideas — and I think we have over 4,000 ideas — and then we narrowed that down to the top-3 that we felt like we could produce and be good. From there, we had our audience vote on the top-3 to pick the winner, so that was our Beer IPA soap. That was super fun and engaging, so we’ll probably do something like that again. 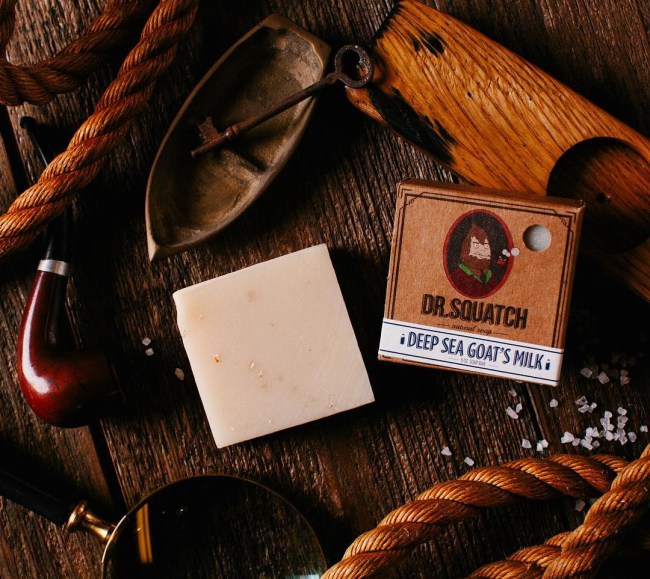 BroBible: Where Can We Find Dr. Squatch? Just Online, Or Available In Retail, Too?

Dr. Squatch Founder, Jack: We’re on Amazon, but we prefer people to buy from our store directly. For us, it’s so important to develop a relationship with our customers, and that’s hard to do on Amazon or in retail.

Since we’re trying to convince people to go outside of what they’re used to when it comes to soap, even though our packaging is really cool, I think it would be hard to tell that story through retail, because you just have your product placement, and not that interaction or relationship.

BroBible: What’s next for Dr. Squatch?

Dr. Squatch Founder, Jack: We’re really just looking forward to continuing to grow. We’re in the process of raising capital, which is really exciting for us, so we can scale at a bigger level, and then, product-wise, we should have some candles and our coffee soap out within the next three months or so. 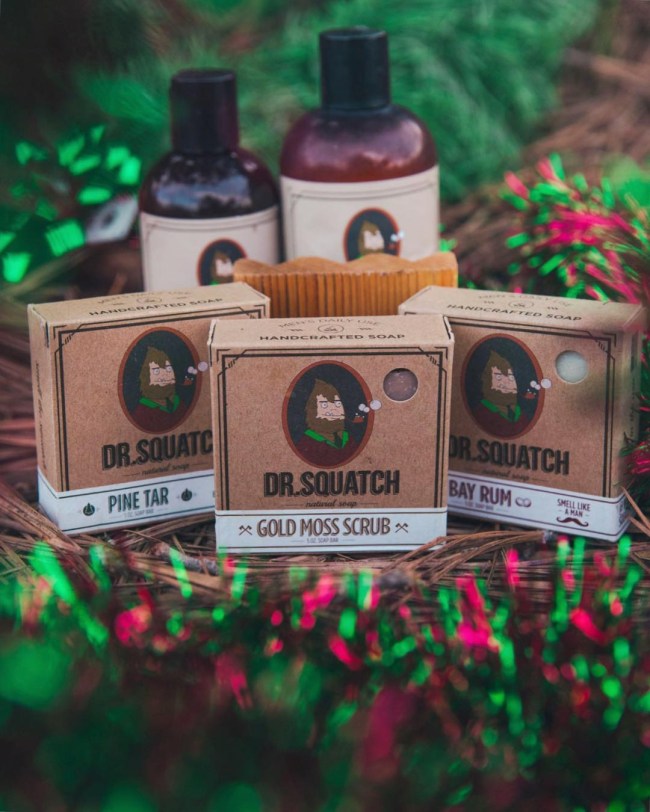 Now that you know a little bit about the story behind Dr. Squatch, here are some of the kick-ass, all-natural products they make — which should be in your shower to make sure you’re smelling fresh AF.

Every guy deserves to smell his best, while keeping his skin fresh and smooth without irritation. And with Dr. Squatch, that’s exactly what you’ll be doing.