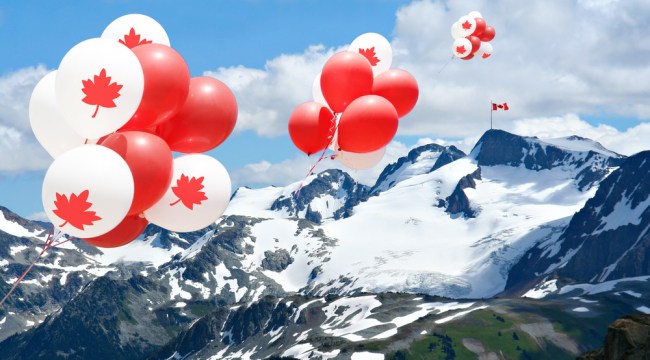 In 2014, entrepreneurs Moses Lam, 32, and Troy Paquette, 39, sold a plastic bag of Canadian air on Ebay for 99 cents. It cost them $10.99 to ship it so they ended up losing money. But then they tried it again. This time the bag of air sold to an American for $168! That’s when Lam and Paquette realized that they might actually be on to something.

These two geniuses have been so successful selling air that they were recently profiled by CNBC.

“We were both in real estate, and the markets kind of took a little bit of a dip,” said Lam inside the company’s bottling room in Edmonton. “We looked at a bottle of water, and we said, ‘Hey, we want to try something fun. We want to do something fun and new — let’s try bottled air instead of bottled water.'”

So what do you get when you shell out $20 for a can of Canadian air?

Each can contains 160 one-second “shots” of air which you inhale through a small device. The air smells fresh and a little sweet, kind of like Christmas in a can…especially when compared to the surprisingly foul-smelling bag of air which this reporter brought from Los Angeles.

Publicity for their company has been pretty ridiculous. They’ve gotten Olympians to promote their air…

CNBC reports that Asia has become such a huge market for Vitality Air that they had to take on a partner and open a subsidiary in South Korea called Jiri Air.