Rituals That Neuroscientists Say Will Make You Happy No Matter What 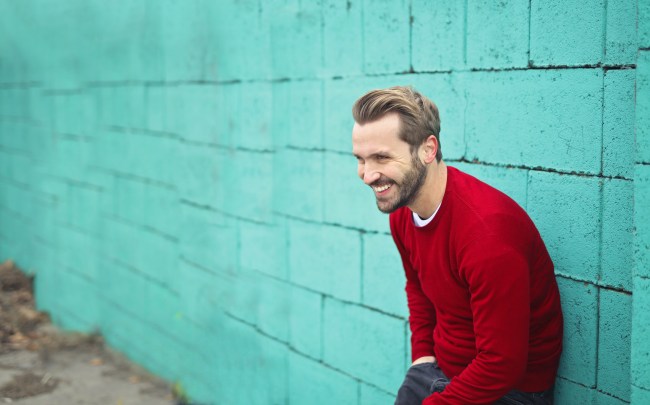 I don’t know about you, but there are plenty of times when I ask myself what actually makes me happy; especially this time of year when the weather sucks and it’s dark and gray at 4 p.m. Hey, seasonal depression is a real thing, so it’s easy to get caught up in our surroundings and forget about how good we actually have it.

From good friends, to finding a healthy routine or activity, to understanding how much worse things could be, we do a lot to trick our minds into thinking we’re happy. Sometimes it works, sometimes it doesn’t, but does all that over-thinking and added anxiety actually work? According to neuroscientists, it sure as hell does.

Thanks to an article from The Ladders, which references cold-hard studies from neuroscientists, worrying actually makes your brain stronger in the short-term, because it’s actually being active, which can make you feel better. Per The Ladders, via The Upward Spiral:

In the long-term, however, this worrying isn’t as healthy — which is something we all know. That’s where it’s important to ask yourself one simple question: What am I grateful for?

Yep, that little question may appear loaded on the surface, but neuroscientists found that the feeling of gratitude triggers your brain on a biological level, boosting the neurotransmitter dopamine, per The Ladders, via The Upward Spiral.

“The benefits of gratitude start with the dopamine system, because feeling grateful activates the brain stem region that produces dopamine. Additionally, gratitude toward others increases activity in social dopamine circuits, which makes social interactions more enjoyable…”

Maybe the most important thing about this whole gratitude thing is this: you don’t even need to know the answer, the searching alone and remembering some of the things you’re grateful for shows emotional intelligence, and can affect neuron density.

In addition to feeling grateful for things, neuroscientists also identified a few others rituals that can help you stay happy. These are things like labeling negative thoughts, making decisions and sticking by them, and, finally, touching people — but, you know, in an appropriate way.

When labeling thoughts, it’s one thing to be unhappy about something, or down because your girlfriend just broke up with you. It’s another thing to put your feelings into words, which will help you overcome those bad thoughts easier.

Per The Ladders, via The Upward Spiral:

“…in one fMRI study, appropriately titled ‘Putting Feelings into Words’ participants viewed pictures of people with emotional facial expressions. Predictably, each participant’s amygdala activated to the emotions in the picture. But when they were asked to name the emotion, the ventrolateral prefrontal cortex activated and reduced the emotional amygdala reactivity. In other words, consciously recognizing the emotions reduced their impact.”

In terms of making decisions, it allows your brain to reduce worry and anxiety, as well as helping you solve problems. Once you make a decision and stand by it — like setting a goal that requires you to stay on track, like buying a new car or completing a course for climbing up in your career — your brain will be more at ease, per The Ladders.

“Making decisions also helps overcome striatum activity, which usually pulls you toward negative impulses and routines. Finally, making decisions changes your perception of the world — finding solutions to your problems and calming the limbic system.”

Lastly, touching people can lead you to feeling acceptance from others, which can combat any feelings of isolation or rejection, which can especially become common during these longer, colder, winter months. And, according to The Ladders piece, all this touching will lead to increased happiness.

“One of the primary ways to release oxytocin is through touching. Obviously, it’s not always appropriate to touch most people, but small touches like handshakes and pats on the back are usually okay. For people you’re close with, make more of an effort to touch more often.”

See, now that you know a few simple tricks to making yourself happy, you can go out and treat every December or January day as you would a warm sunny day in May or June. Science is pretty awesome.