Map Of America Identifies The Highest-Paying Companies In Every State, So Get That Resume Ready 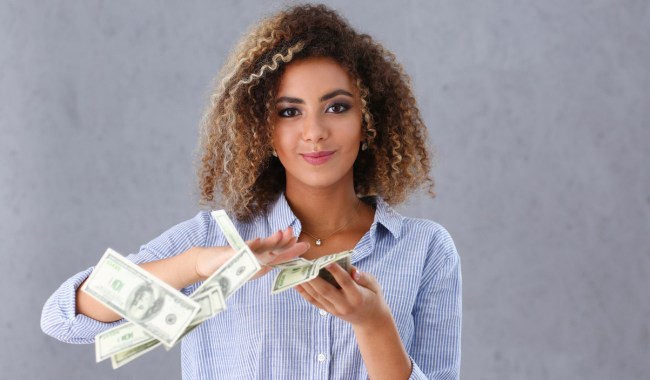 We also learned that among the 69 companies on that list reporting the ratio of CEO pay to that of a median employee, the median ratio was 235 to 1. In other words, the CEOs of those companies made around 235 times what the average employee for their companies makes! Ridiculous.

But not ALL the money is given to the head honcho at every company in America. There are actually some businesses out there where the average employee can still make some pretty good bank.

For proof of that we have a handy-dandy map of America created by cost information website HowMuch.net which shows the highest-paying companies by industry in every state.

Using data from the AFL-CIO, they identified the companies in each state that pay the highest salaries to their average workers. Then they color-coded the map you see below by industry and overlaid the top company’s logo and its average worker’s salary for easy reference.

The Top 10 Highest-Paying Companies By State 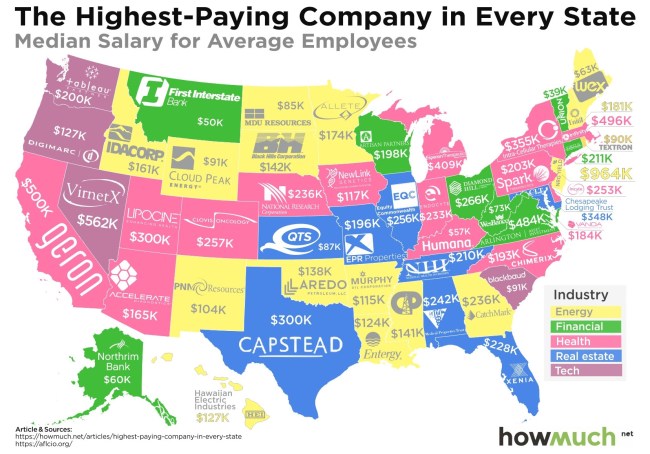 As you can see, certain professions and industries tend to be grouped together geographically. For example, energy companies are clusterd in the yellow states of the Northern Plains and Deep South. Another industry, health companies (such as pharmaceutical and insurance groups) are prevalent in the country’s mid-section.

And while states like Alaska and Montana have a bank as the highest paying employer, and California has a health company called Geron (and not a Silicon Valley enterprise), this data only includes publicly-traded companies headquartered in each state.

Also, on average, the top ten companies listed above only employ 21 people each, meaning these high-paying jobs are not very easy to get.

However, all that being said, if a job opening does appear at one of these companies, you might want to send your resume to them pronto.