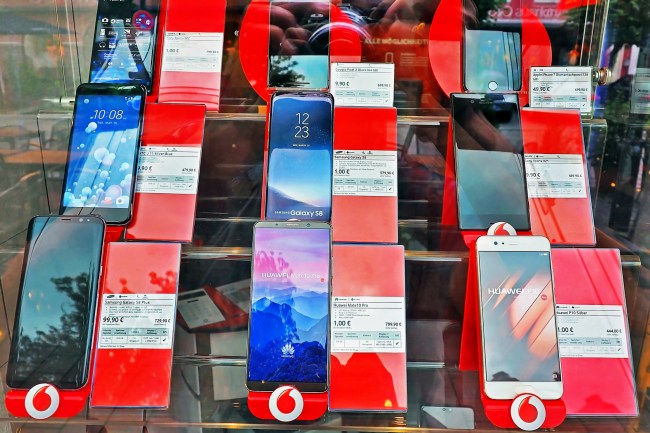 Huawei announced that it is delaying the release of its $2.6k foldable phone, the Mate X until September. The phone is designed to fold in half but the telecom company, which was recently blacklisted by the US, is having trouble getting the screen to, uh, work. Turns out folding a mini computer isn’t that easy.

Huawei isn’t the only company experiencing issues with its foldable phone. Samsung was forced to push back the release of its Galaxy Fold at the end of April following similar technical difficulties.

Aside from the hardware, Huawei is dealing with the very real possibility that it will lose access to Android OS technology thanks to US sanctions. Huawei is working on developing its own operating system called Hongmeng but it won’t be ready for six to nine months. No word on if the Chinese government’s surveillance toolkit will come preloaded or not.

The telecom company has pulled back on its vision of overtaking Samsung as the number two cell phone maker after being c*ckblocked by the US. On top of the delays with the phone, it also canceled the release of a laptop.

SHOW ME THE MONEY

Goldman Sachs is putting more of a focus on private investment. GS is combining four separate units that invest in private companies and real estate with the hopes of creating a steady income generating business that investors take a liking to.

The two main divisions are the merchant banking arm, which holds $100B in private assets, and the special situations group, which is a particularly lucrative division that invests Asian property, African startups, and struggling retailers in the US. None of which sound remotely lucrative.

Not its first rodeo

Goldman has dabbled in the private-equity business since the ‘80s. Its most recent effort in this space came in the 2000s when it put up billions of its own cash to invest in mega-buyouts, aka gaining control of a company by taking more than a 50% ownership.

This new fundraising effort may muddy the water with some key clients, including other private-equity firms which hire GS to underwrite securities and raise debt. The new business will have roughly $140B in assets, which is a third of Blackstone and the same size as KKR & Co.

What’s more excruciating than listening to Mark Zuckerberg discussing smoked meats? You guessed it: listening to Zuck talk about crypto.

Following news that FB would partner with a who’s who of worldwide commerce to launch its cryptocurrency, Libra, shares of the social media site soared on Friday. VCs and corporate giants such as PayPal and Uber will invest up to $10M each as part of a consortium set to control what undoubtedly become the preferred money laundering platform of drug lords and ISIS.

The crypto which will officially be announced this week (with a go-live slated for sometime next year) will allow Facebook users to make payments on the social network and across the interwebs via the coin which will be pegged to a basket of government-issued currencies *crypto purists cringe*.

Bitcoin benefitted from the crypto equivalent of the Oprah effect. News of the mainstream company’s adoption of sh*tcoin sent the most well known digital currency skyrocketing. Already up 142% year to date, Zuck’s endorsement of crypto sent bitcoin above the $9k level.

This is the first time in more than a year that the currency with literally no practical purpose has hit $9k. Of course, it is still well off its 2017 all-time high of $19k.