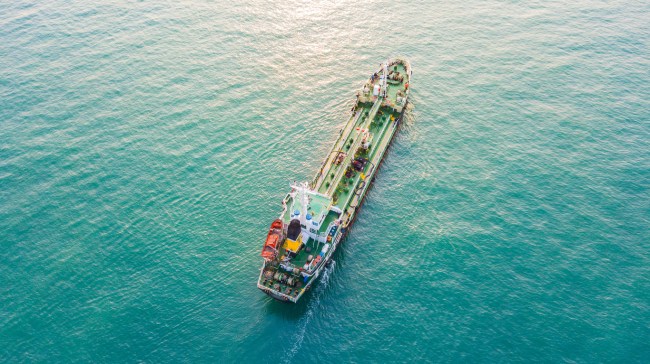 Two oil tankers were attacked while transporting fuel products through the Gulf of Oman early Thursday, and according to Secretary of State Mike Pompeo, Iran is responsible. Both vessels went up in flames and the respective crews did their best Leo and Kate impression, abandoning ship. This is the second time oil tankers have been targeted this month in the Gulf of Oman.

The US has been applying “maximum pressure” to Iran. Sanctions on oil exports have led to a decline in the overall economy and the oil producer openly said it would begin retaliating on in April. It wasn’t lying.

But how can we be sure it was Iran?

Iranian crews were already linked to an attack on four tankers in the same area last month. Plus, the weapons and methods employed were a bit more sophisticated than your run of the mill Somali piracy.

So what does it mean?

News of the attacks sent oil prices up yesterday. Iran has a heavy presence in the Strait of Hormuz (a strait between the Persian Gulf and the Gulf of Oman), an important route for black gold transportation. So, any and all f*ckng up of said logistics by Iran would spell trouble for oil markets. Plus, when a nation goes all Lusitania, it shouldn’t come as a surprise that fears of conflict and broader economic turmoil begin to percolate.

IF YOU CAN’T BEAT EM

Tyson Foods is expanding further into the fake meat market.

America’s biggest meat processor is developing hybrid meat-plant patties that would cater to the growing group of people that define themselves as flexitarians, aka annoying assholes that are trying to cut back on how much meat they consume while making you feel guilty about your consumption habits.

Half meat- half pea patties will debut under the brand Raised & Roots this fall, with chicken-plant hybrid sausage and meatballs hitting the market under the Aidells Whole Blends brand within the year. That is unless Ron Swanson burns the warehouses to the ground.

CEO Noel White expects these half meat offerings to turn into billion-dollar brands, as it’s reported that 75% of consumers are open to including both meat and plant-based proteins in their diets. And who has a better understanding of the market than Tyson? The company sold its stake in Beyond Meat juuuust before it went public and increased 5-fold.