Jerome Powell To The Rescue; CVS Wants Us To Know Everything Is Fine

NOT ALL HEROES WEAR CAPES 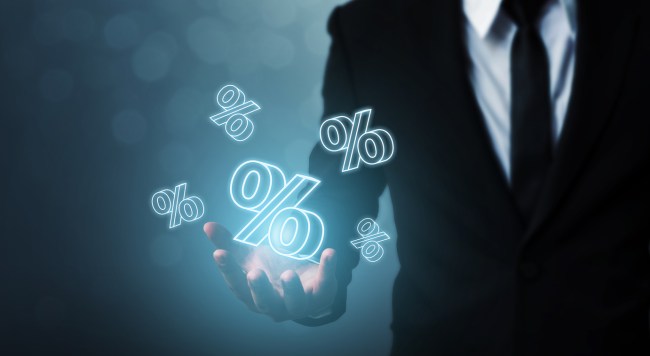 Everybody: “Markets are plummeting, if only there was someone who could save us!”
Jerome Powell: “Say no more, fam.”

At a conference that sounds about as exciting as listening to a play-by-play of the compliance intern’s weekend at Comic Con, Fed Chair Jerome Powell said he wouldn’t not lower interest rates if the need arose.

More precisely Jerry Interest Rates indicated that he and Plunge Protection Team “will act as appropriate to sustain the [economic] expansion.” Powell stopped short of blaming the trade war for the economy’s woes but hinted at the uncertainty it has caused. The conference headliner admitted the Fed does “not know how or when these trade issues will be resolved.”

Because he’s not our hero. He’s a silent guardian. A watchful protector.

Jerome and his masters of monetary policy face a growing laundry list of sh*tstorms, namely Trump’s trade war (on China, and more recently, Mexico) and a big tech witch hunt which have weighed on markets and the broader economy.

Markets have fallen some 7% since POTUS announced that the US would hike tariffs on Chinese imports to 25% (from 10%). That is until Jay went all “not on my watch.”

Powell’s market-friendly rhetoric sent the S&P up 2.1% yesterday. Need more proof that yesterday was a really, really good day for markets? Tesla, had its best day of the year, closing up nearly 8%.

NOTHING TO SEE HERE

CVS has big plans for its future, or at least that’s what it’s telling investors. Concerns over the drug store’s $70B acquisition of Aetna have caused panic within investor circles (shares have fallen 20% this year), but CVS used yesterday’s investor day to prescribe chill pills to all of the haters.

CVS leadership projected huge returns once the companies are fully integrated. And synergies. Like so many synergies. The company expects to save some $350M this year and $800M next year, up from the original $750M estimate.

For the time being, things are on track for CVS, which doubled down on its forecasted earnings of $6.75 to $6.90 per share for 2019. By 2022, however, CVS is predicting adjusted earnings per share in the double digits. The news led to a 2.3% spike in share prices.

To start, CVS is ramping up efforts to launch its HealthHUB stores. By 2021, it plans to have more than 1.5k HealthHUB’s open for business. HealthHUB locations include a more robust health clinic while offering rooms for yoga and seminars from dietitians and respiratory specialists. But they still sell Plan B, right? Asking for a friend …