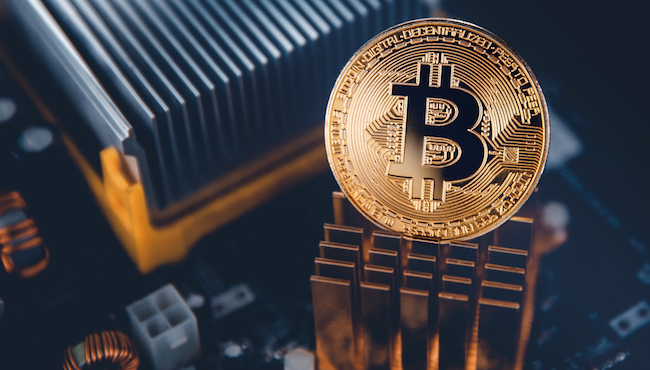 When Bitcoin sparked the cryptocurrency boom after it started to skyrocket in value last fall, it was so hot that it was basically the Hansel of the investment world. Some people reportedly took out mortgages in the hopes of striking electronic gold, and while it’s lost almost a third of its value since peaking in December, its still risen almost 1500% in the past year.

When it first started gaining momentum, plenty of people in the traditional world of finance were quick to question its legitimacy. A number of analysts have called its rise a bubble, and even noted scam artist Jordan Belfort has called it a bigger racket than anything he was ever involved in.

However, there might not have been a harsher Bitcoin critic than JPMorgan CEO Jamie Dimon. While speaking at a conference in September, Dimon played the role of the out of touch grandparent who is terrified of technology when he said the cryptocurrency was “a fraud” while implying it was only used by good-for-nothing scoundrels, saying:

“If you were in Venezuela or Ecuador or North Korea or a bunch of parts like that, or if you were a drug dealer, a murderer, stuff like that, you are better off doing it in Bitcoin than US dollars. So there may be a market for that, but it would be a limited market.”

However, it appears he has changed his tune a bit.

Dimon spoke with Fox Business on Tuesday and said he regretted his previous comments while channeling his inner apathetic teenager who is too cool to care about popular trends:

“The bitcoin to me was always what the governments are gonna feel about bitcoin as it gets really big, and I just have a different opinion than other people. I’m not interested that much in the subject at all.”

Despite his comments, JPMorgan was already dealing with trades related to the cryptocurrency at the time he made them and has reportedly dipped its toes into Bitcoin futures after they opened for trading last month.