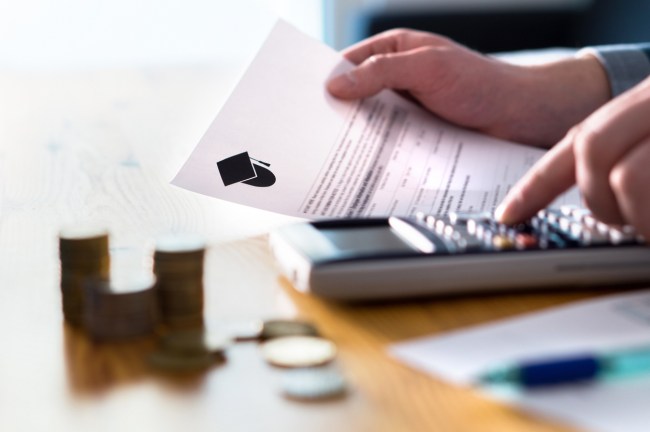 In recent years, millennials have been blamed for “killing” virtually everything in existence and it seems like no industry is safe from this seemingly endless murder spree.

So-called “experts” have spent a ton of time trying to figure out why the generation’s spending habits are so different than their predecessors’, but if the Federal Reserve is to be believed, there’s one simple explanation: millennials are poor as hell.

The average millennial is saddled with an average of $32,000 worth of debt thanks in no small part to student loans, which continue to climb at an alarming rate.

More and more people are regretting taking out student loans in the first place and one survey said 20% of those in debt would be willing to swim in a pool filled with sharks if it meant they could get out of the hole.

You know there’s a bit of a problem when so many people are willing to put their life on the line to avoid being plagued by bills but there’s a depressing new report that proves just how dire the situation is for some people.

According to CNBC, a survey recently published by CreditCards.com asked a number millennials about how they’re handling the debt they have and how they view their future. The report has a number of interesting takeaways but there’s one number that’s particularly shocking.

According to the poll, 20% of millennials think they’re going to die before they ever manage to get out of debt, which isn’t exactly the cheeriest statistic in the world.

Additionally, 42% of the people surveyed said they had no real plan when it came to paying off their debt and said they weren’t sure if they’ll ever be able to get their net worth into the green.