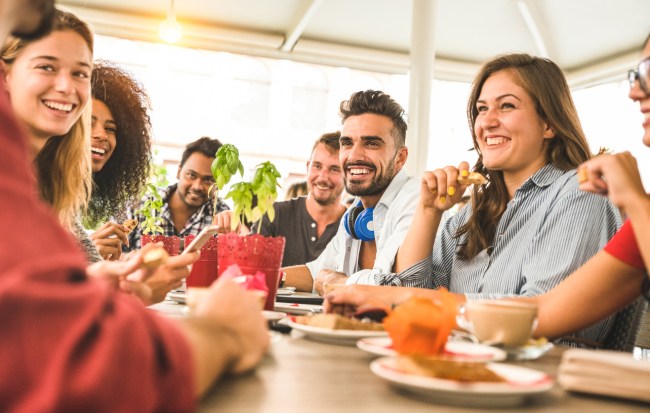 If you look at the statistics, they’d tell you heart disease and cancer top the list of the biggest killers in America today. However, a new threat has emerged that threatens to bring the country as we know it to its knees: millennials.

In recent years, this merciless generation has embarked on a massive killing spree and it seems like virtually nothing is safe from its wrath. Their list of victims is as long and ever-growing as a lacrosse player’s lettuce, and in the past year or so, they’ve been charged with the murders of:

However, that’s just the tip of the iceberg.

Experts have scrambled to find an explanation for these seemingly senseless crimes as they do everything they can to stop yet another innocent industry from succumbing to the generation’s vicious wrath.

According to Bloomberg, the Federal Reserve recently set out to get to the bottom of things and released their findings in a report titled “Are Millennials Different?” that was published this week.

The authors set out to see if these soulless murderers are really that different than the generations that came before them and address the assumption that millennials just don’t like spending money as much as their predecessors.

However, it turns out there’s a pretty simple explanation behind all of these slaying: millennials are poor as shit.

I hope I didn’t just make someone die from shock by reading that.

“Millennials are less well off than members of earlier generations when they were young, with lower earnings, fewer assets, and less wealth…

Conditional on their age and other factors, millennials do not appear to have preferences for consumption that differ significantly from those of earlier generations.”

Sure, literally every millennial could have told you this was the reason if anyone had cared enough to ask but shoutout to the guys who got paid a bunch of money to finally blow the lid off things.