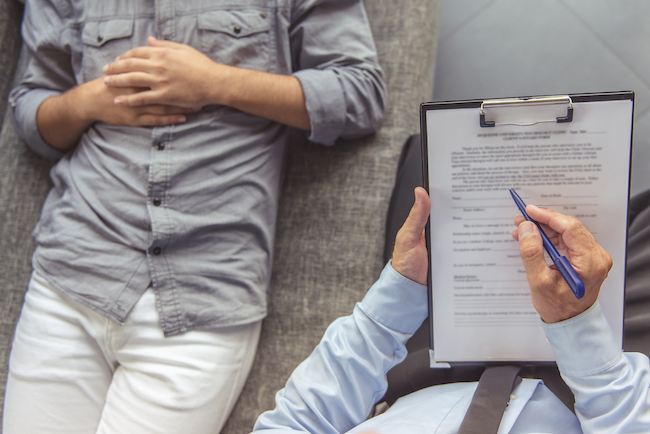 There are numerous ways to address mental health issues, including exercise, mediation, and turning off the damn Christmas music.

Psychotherapy is incredibly beneficial to mental health. Instead of medicating, just talking to specialist helps people cope with a myriad of issues and can control troubling symptoms that spring up on the regular.

Now, a recent study shows that talking out problems and fears with a specialist might not just be a good long-term plan for fighting off the blues.  Investing in psychotherapy is linked to making more money – especially if you’re a man.

Three professors in the UK crunched the numbers of a British Household Panel Survey data collection from 1995 and 2008. The study included both men and women and “looked both at the effect of psychotherapy on mental health (measured using the general health questionnaire, which is used to identify common psychiatric conditions) and income.”

As the three professors explain in this article for The Conversation, the results are “clear and robust.”

The BHPS data shows that men who reported having had stress and mental problems, and consulting a psychotherapist, experienced an income increase of 13% in the subsequent year. For women the income increase was only 8%. Though different, the boost is substantial for both genders and reflects an increase in productivity resulting from psychotherapy, with an associated reduction of poverty.”

Though the data shows that more men experienced income boosts, it’s still beneficial for women to seek help and possibly see an increase. Specifically, because women benefit more from the therapy experience.

“In the 13 years of data we examined, an average of 23% of women went into therapy at some point, compared to 15% of men. According to our data, consulting a psychotherapist helps women nearly twice as much as men in terms of mental health (1.2 points versus .5 points on the 36 notch general health questionnaire scale). The logical conclusion of that would be that women benefit more from psychotherapy, but this is not so when looking at income”

Research shows that most people who receive psychotherapy experience symptom relief, making it easier to function every day, and according to the American Psychological Association, about 75% of patients who enter psychotherapy show some benefit from their time under psychiatric care.

Even if you don’t see a bump in your paycheck after talking to a shrink, airing out your concerns and troubles to a specialist is beneficial.

Dating Ariana Grande, however, is not the best course of action.