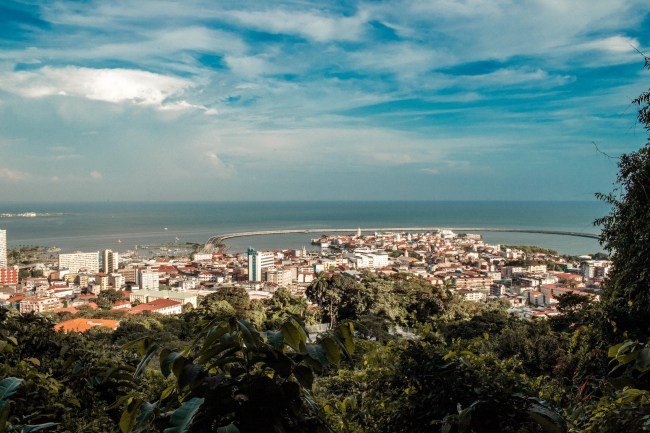 Photo by Luis Quintero from Pexels

Even when someone enjoys their job to some degree, it can still be challenging to walk inside that place every single day with the same kind of bright-eyed enthusiasm that they may have had in the beginning.

For instance, it is not lost on me just how fortunate I am to roll out of bed each day and write dumb shit for a living.

Especially considering that I could be working construction or stuck in a suck-ass factory somewhere praying really, really hard for the Grim Reaper to put me out of my misery.

But that’s not to say that there aren’t times when I sit down in front of my computer first thing in the morning with nothing but contempt in my heart.

There are, in fact, plenty of days when I just want to set my office on fire and move away to a faraway land where I have the freedom to drink all day, get stoned and have some fun before my dick stops working and they have to fit me for a colostomy bag.

Well, this week was a real hum-dinger, let me tell you. It was like five fucking excruciatingly painful Mondays right in a row.

So, to stop myself from flipping my shit, I mixed up a few Moscow Mules one night, ate a metric shit-ton of marijuana edibles and dove deep into the Internet to see if I could find the cheapest spots outside the United States where I could live on little to no money.

I was pleasantly surprised to discover that there are actually several places where a man can maintain an above-average existence — still eating good food and not having to shit in a bucket — without selling his entire rotten soul to the grind.

These are five of my favorites. Who knows, maybe I’ll see you there.

Not only is the weather pleasant in Panama, but it is also outside the hurricane belt and there a few natural disasters other than the occasional earthquake. It is full of cities, mountains, and beaches and there isn’t much violent crime.

Panamanians are mostly laid back and want to have fun.

It is also one of those places where healthcare is cheap, most of the doctors still speak English, and you can even get a decent internet connection.

The country also has a stable government, so there is never any concern that a bat shit crazy revolution is going to break out at the hands of radicals.

Nothing like that. What’s more is the government is providing outsiders with incentives, such as tax breaks, to move there.

But what about the cost? It’s not too bad.

Depending on which part of Panama a man decides to go, he could live a good life on around $1,700 per month.

This is a developing country that has adopted a laid back attitude.

Perhaps this is the reason that its unofficial slogan is “Pura Vida,” meaning pure life.

Costa Ricans are some of the happiest and healthiest people in the world, which is probably because instead of being cooped up in an office all day they are outside enjoying the gorgeous landscape.

Costa Rica is a middle finger to the 9-to-5.

There are beach towns and nightly street parties, and the natives are not afraid to knock back the booze.

It is a vibrant country that has always had an open-door policy when it comes to welcoming foreigners, making it relatively easy to relocate without having to jump through a lot of hoops.

It is super inexpensive to live here too.

A single guy can live rather well for around $1,500 per month.

To live in Portugal, all one really needs to be willing to do is take it easy.

Seriously, this is one of those low-key spots where the natives are not in a hurry to do much of anything other than having fun.

It’s incredibly laid back, the locals are friendly, the health care is decent, and all illegal drugs have been decriminalized.

Portugal is also one of the safest places to live in the world, and the people who settle here are among some of the happiest.

It is a mostly English speaking nation that has an affinity for good times.

Lisbon, for example, has a reputation for having one hell of a nightlife. It has been said that it is relatively easy to pick up girls in Lisbon.

Day and night, beautiful women are apparently just hanging out at the various bars and cafes waiting to be charmed by some young stud like yourself.

Some statistics show that a single person can live comfortably in Portugal for around $1,500 per month.

But in some of the more prominent towns like Lisbon or Mafra, that might increase to just over $2,000.

This is a spot with mostly lovely weather and Ayahuasca ceremonies. Yeah man! It is one of those places where the people are friendly, the food is good, and the cost of living is about 80 percent less than it is in the United States.

Why are we not there already?

Peru is also one of the easiest countries to get a lifetime visa. You can then apply for permanent residency or even citizenship after three years. The country is also the second-largest producer of cocaine in the world.

So, okay, you might not sleep much. Who cares? It’s not like you have to get up early for work or anything.

What makes Peru really attractive is the fact that a single man can live the good life there for around $1,200 per month.

Not everyone who bails on the United States for a less expensive way of life wants to go somewhere slower pace.

So I wanted to toss in one city where the cost of living is cheap, but the pulse of the place is insane.

That would be Thailand.

There is always something to do in hot spots like Bangkok, and none of it costs much money at all.

There are also plenty of places to go when the noise of the fast life gets to be too much.

And in spite of legends that have been told about this place throughout the years, it is actually a safe place to live.

The only downside is most Thai people do not speak English. So you might have to brush up on your Thai before making a move.

But with the money you will save on living expenses, you should have no problem affording Rosetta Stone.

A single guy can live a really nice life in Thailand for around $1,200 per month.

Which one is going to be, fellas?