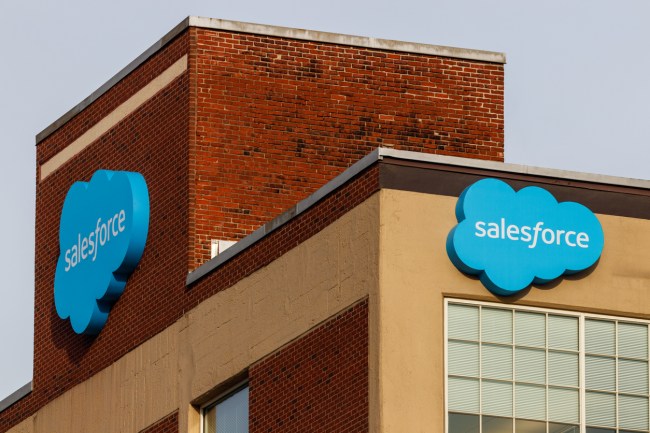 Just days after Google made its move into data visualization by acquiring Looker, Salesforce followed suit, acquiring Tableau on Monday for $15.3B. Tableau, like Looker, takes all those ugly Excel sheets full of data (you know, the ones that make you want to jump off of Salesforce Tower) and allows you to create easy to read charts and graphics that make your boss think you’re wayyy smarter than you actually are.

The all-stock deal marks Salesforce’s largest acquisition to date. Considering it spent more than $6B on its last purchase, that’s saying something. Given Tableau’s customer base, including the likes of Netflix, Charles Schwab, and 86k others, it’s no surprise that Salesforce was willing to shell out the cash.

In the past 15 months, Salesforce has been bolstering its offerings, while straying from the “no software” mantra that it had been touting for more than two decades. You see, the company most well known for its steroids for spreadsheets peddles software, and Salesforce’s $6.5B purchase of MuleSoft in March of 2018 brought on another company whose primary offering is software. “Do as I say, not as I do” – Marc Benioff, apparently.

Salesforce’s software plays come as it faces growing challenges in the pure cloud market. With the goal to reach $28B in sales by 2023 and increasing cloud competition from players like Google and Microsoft, Salesforce is looking outside of its cloud bread and butter for more ways to bring in that internet money.

Insys Therapeutics filed for Chapter 11 bankruptcy yesterday after the company agreed to a $225M settlement stemming from charges that it bribed doctors to prescribe opioids when the drugs weren’t required. Insys is looking to stay in business but sell off all of its assets as the company becomes the first drug manufacturer to turn to bankruptcy as a way to protect itself from legal fees associated with the opioid crisis.

Drugmakers have been at the forefront of state and federal probes into the opioid epidemic in the US. Oklahoma recently sued Johnson & Johnson for its role in the drug problem facing its state.

The probe into InSys began last May as the US DOJ began investigating the promotion of opioid painkiller spray Subsys whose main ingredient, Fentanyl, is 100 times stronger than morphine. The investigation found that Insys, led by founder John Kapoor bribed doctors to speak at sham events promoting the use of Subsys in non-cancer patients from 2012 to 2015 at which point the sales of the drug grew from $8.6M to $329M and the company went public.

Once word of the investigation got out, Insys sales dropped dramatically. According to the company it has only $87M in cash to cover $240M in liabilities, settlement notwithstanding.

Good news poors: You can get a credit card too!

Amazon is partnering with Synchrony Financial to market a credit card for those who would otherwise be denied.

Through its new program called Amazon Credit Builder, those with nonexisting or bad credit will be allowed to “build up their credit score” … through Amazon purchases and falling further into debt. The program will supply budgeting tips to help cardholders hone their financial literacy.

According to surveys, 11% of the population has a credit score below 550. And if you think that’s bad, 25% of the US population either does not have a bank account or are underbanked, meaning they use services such as payday loans instead of traditional methods like checking and savings accounts.

To mitigate risk, customers’ credit limits will be dependent on how much they deposit, acting more like a prepaid card that builds a credit score. And after a cardholders’ score reaches a certain number they’ll become eligible for other Amazon cards outside of the program, naturally.