If You’re Looking To Make Extra Money, Avoid These Side Hustles Because They’re Usually Scams 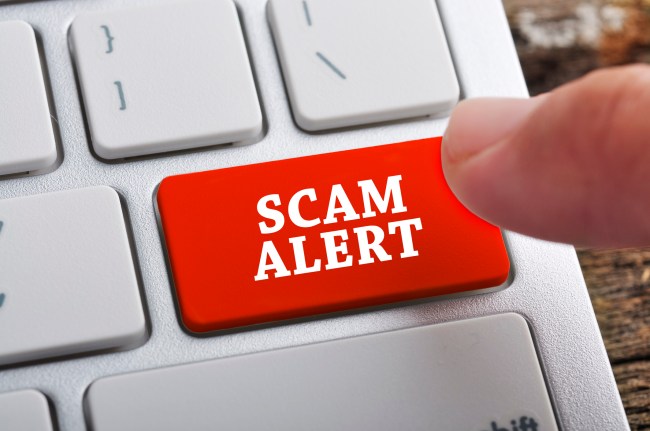 There are millions of ways to make money online and offline.

People sell videos of their sneezes, resell products from Trader Joe’s for thousands of dollars, freelance on Fiverr, or moonlight as a DJ when they’re not running a billion-dollar company.

There are certain things to remember if you want your side hustle or part-time job to be a success, the most crucial being to make sure the job isn’t a total scam.

Business Insider put together a list of the 8 side hustles most associated with scammers.

“There are lots of valid opportunities out there. The concept of a side hustle is empowering and can change people’s lives. But if it’s promoted as an easy gig and sounds too good to be true, it probably is,” Craig Markovitz, an assistant entrepreneurship professor at Carnegie Mellon University’s Tepper School of Business, told Business Insider.

Here are the 4 worst offenders in the side hustle game and the positions that are typically a total scam.

You’ve luckily seen these ads in any type of job search. BI explains that most mystery shopper jobs are bogus and the real mystery is how people keep falling for the ruse.

As fun as the job sounds, the mystery shopping field is overrun with scammers.

Here’s how it works: The company sends you money in the form of a check that you’re supposed to deposit in your own bank account, which converts the cost of your first mystery shopping excursion.

You’re instructed to test a store’s in-house money transfer service by sending back some of the money you just got.

Unfortunately, you’ve wired real money from your own account and eventually, when the bank realizes the original deposit was a fraudulent check, you’re responsible for that, too.

Just like with romance and Nigerian princes, it’s never a good idea to accept checks and deposit money from strangers.

Some are legit. Most are BS.

Business Insider says there’s a straightforward way to figure out if you’re stuck in a pyramid scheme.

“If your potential MLM seems laser-focused on acquiring sellers rather than customers, that’s a serious red flag.”

Other warning signs including “costly training and seminars, pressure tactics to get you to buy inventory, and an uninspiring product line that has poor reviews or isn’t something you’d want to use yourself.”

That last one is a no-brainer. Don’t ever agree to sell a product that you’d never buy for yourself.

The best websites and magazines don’t put out a call for writers in the want ads. You have to pitch ideas to editors.

I know this for a fact because I’ve worked as a writer for over 12 years – the last four exclusively freelance – and I can say without a doubt that most ads looking for writers or editors are either a) total scams or b) pay poorly or not at all.

In this case, it’s both.

The con starts when you respond to an online ad looking for a writer or an editor. You conduct an online interview so there’s no easy email audit trail, and you’re given an assignment as the final step in the process. You’re asked to edit a project or write some sample articles – but after you turn it in, you never hear from them again.

If you’ve considered becoming an Uber or Lyft driver, you might want to do your homework.

According to one study, many drivers make under minimum wage or lose money working this side hustle.

The jobs Business Insider is warning about in their piece, however, isn’t Lyft or Uber. The scam involves companies claiming to the “the next Uber or Lyft” but end up being “the next load of BS.”

“Often, these driving job scammers operate like the mystery shopping scam. They pay you up front, but for some reason they’ll cancel your services and tell you to keep some of the money for yourself — just wire the remainder back. Of course, it’s a fraudulent check and you lose both the money you wire them and the cost of the bounced check.”

Again, NO JOB starts with a company paying you money for doing nothing. It’s a major red flag.

And now that you know how to sniff out a scam, check out this list of the 22 most common side hustles and how much money they pay.